The Forge of Empire 1.62 update will be going live on October 20, 2015. This is just before the regular Halloween event takes place with riddles from Jack O’ Lantern and the list of quests, which we will feature once the event starts in a few days.

As always, you will see Forge of Empire servers go down for a short time in a couple of days. The outage won’t last long, but once you can login again without any problems you will notice a few changes. Top of the list is the messaging system, as this October update “focuses almost entirely” on that part of the online game. 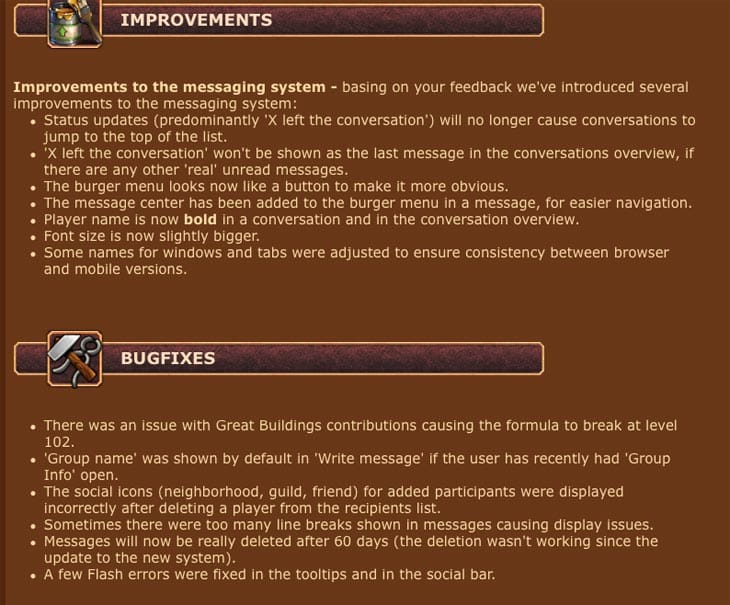 You can see the full changelog above for Forge of Empire update 1.62. The list is broken down into improvements and bug fixes, so take a look to see if any problems you’ve experienced have been fixed. Of course, if you have any new issues after the update, we’d love to hear about them below.