2011 is now in full swing as the auto recalls are now starting to increase, so we were not shocked to hear that Ford recalls 144,000 F-150 trucks from 2005 to 2006. The reason for this is due to an issue with the airbags, something that is seen as one of the top safety features on a vehicle.

The recall affects F-150s in the U.S. and Canada, and could not come at a worse time for the company. The reason we say this is for two reason, the first is because the issue that they had with Ferrari and not wanting the F150 name to be confused with their 2011 F1 title challenger, as well as the fact that the Geneva Motor Show is to begin next week.

Ford is now finally working with the NHTSA for this recall, although last month they were reluctant to do so, as the Detroit automaker thought that the proposed recall of 1.3 million trucks was too large. CNN Money says that the National Highway Traffic Safety Administration will take a closer look to see if recalling 144,00 is enough. 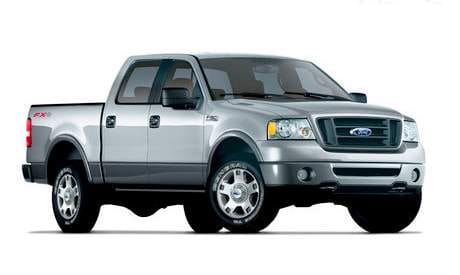 AOL News reports that there were 238 cases involving the non-deployment of the airbags, but Ford had already made changes to the F-150 for the following year. Whether the recall gets increased is tough to say, but you can be certain that we will know soon enough.

Do you think that Ford should extend the F-150 recall?