The 2015 Ford Mustang will have a price that’s out of many of our readers budget, and the 50 Year Limited Edition will cost even more than some people expect, so to hear that some of you might stand a chance to get this model for just $20 has to be worth a try right? Ford made a big deal of Mustang’s 50th anniversary last month, which is when they unveiled a special edition of the latest model that will join a run of just over 1,900 although the extra model is unique.

Ford will make only one convertible 2015 Mustang 50 Year Limited Edition, but what’s more amazing is that unique car could be yours. The car will be entered into a raffle by Ford, for charity of course, and tickets will be selling at $20 each with all money raised going to the National Multiple Sclerosis Society.

There you have it, a one-of-a-kind 2015 Ford Mustang that someone will end up claiming at a price of just $20, unless they purchase more than one ticket that is. Ford is offering the tickets via phone at 800-243-5767, or on the official ford4ms.com website. The winner will be named in just 3 months, on August 16. 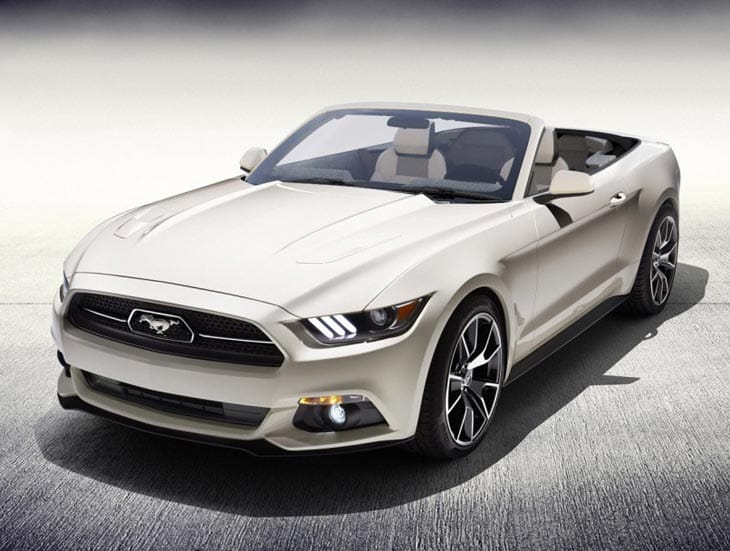 Will you be taking Ford up on the chance to attain their unique 2015 Ford Mustang convertible? You can see a quick comparison of the 2015 Ford Mustang vs. the 2014 model in our earlier article with a video on that page. The LE 50 Year convertible is almost the same in every way as the coupe, other than its roof, so you can enjoy many of the styling improvements along with the 420HP stock 5.0-liter V-8.