Having already ascertained the price of the Ford Figo Aspire for the Indian market, as well as understating the eagerness for its launch date, it is clear this is set to become one very popular car in India. Ford already has its promotional campaign planned, and those early rumors in regards to its engine and features have now been confirmed.

We know that Ford already shared a few details, such as the Ford Figo Aspire engine options, but you never know if there were to be any changes. However, the new brochure pretty much confirms that there are to be two engines choices, the 1.2-liter petrol and a 1.5-liter diesel. 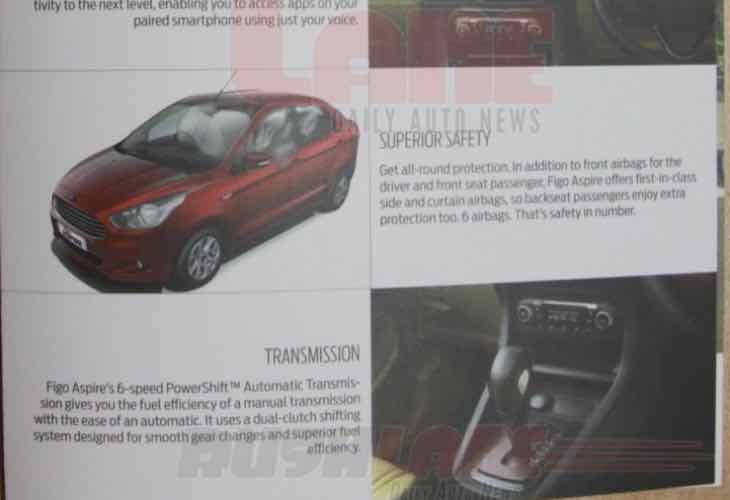 It had already been confirmed to us yesterday that Ford would be taking its new Figo Aspire on a sort of roadshow to get the word out, and the public close. IndiaAutosBlog has some scans of the actual brochure, and we even get to see some of the cars upcoming features.

One such system that will be getting a great deal of attention is its impressive alarm system and Ford MyKey. However, Ford’s SYNC multimedia system working in conjunction with AppLink also gets some coverage in the brochure.

Do you think this new model will impress drivers in India, as much as Ford presumes — although the early signs do look rather promising?