There are no two ways about it; there is a great deal of excitement for the upcoming 2015 Ford F-150, which will be released later this year. This is because of the new design changes, along with the all-new EcoBoost engines. The truck market is very competitive and more often than not we see rivals borrow a design or two, which is nothing uncommon.

However, what we do not like to see is a full-on Ford F-150 clone, as it goes against everything that is right. This has never bothered the Chinese before because they are known for cloning smartphones, tablets and a range of other consumer electronic products.

What we do not like to see is a car clone because there is far more at stake, and the blatant Ford F-150 clone that is the Kawei K1 has us very worried. The reason for this is because a truck is meant to be tough, and we have seen in the past that these Chinese rip-offs tend not to do too well in crash tests. 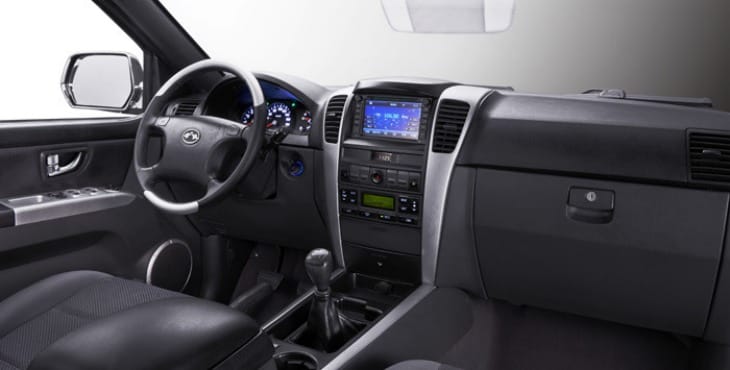 Putting that aside, the overall build quality is not normally up to scratch either, which you can see in the image above, as the Kawei K1 interior looks like a sea of plastic, and while this might have been the case with the F150 a few years back, Ford has made a few changes in that time. More images can be found on Autoblog.

Most Chinese car makers who build clones try to hide the fact, but Kawei has not hid anything, and even admits they have copied Land Rover when it comes to the name of the vehicle on the hood.

We don’t know too much about the Kawei K1, but we do know it will not share the same engine technology as the 2015 Ford F150, as you only have the choice of a 2.4-liter petrol, 141 horsepower engine, or a 3.2-liter six-cylinder diesel engine that pushes out 106 horsepower. These figures are a far cry from what Ford will offer later this year.

Do you think it is about time such clones should be made illegal, especially as some of them could pose a safety risk?