These implications could have drastic measures on your current game, depending on whether the game decides to generate a hard or soft Brexit into Football Manager 2017.

They have both been integrated into the game by chief game designer Miles Jacobson who has said that players will be greeted with multiple Brexit scenarios all of which lead to different outcomes after two years in the job. 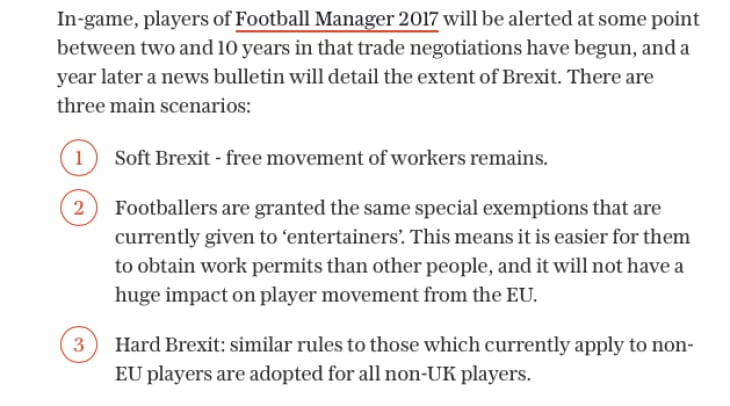 Some early examples of how Brexit works in Football Manager have been previewed by The Telegraph who has teased the following crucial information regarding players needing to obtain work permits for new player transfers for those who are non-UK based.

There’s also one Football Manager in-game Brexit screenshot which you can check out below ahead of schedule. The beta is rolling out this week and should give us more insight into how Brexit will play a big part in the game. 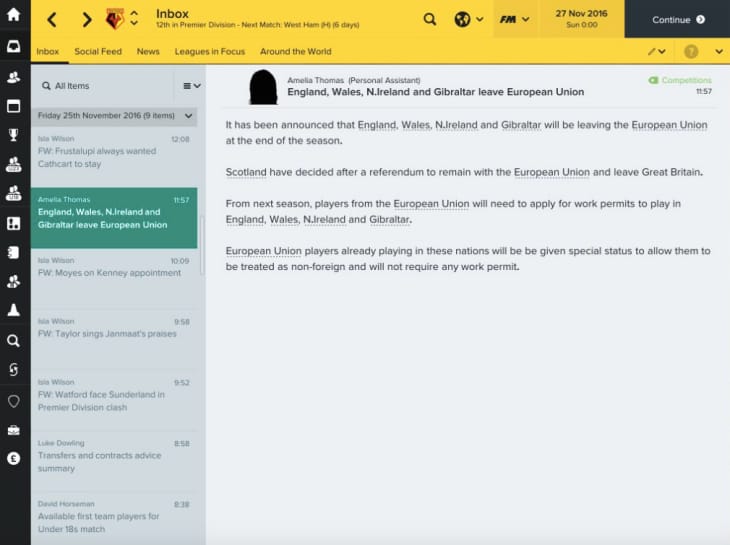 What is your reaction to this? We say well done to the team at Sports Interactive as this is the first time anything like this has been done, so it’s unprecedented to say the least.

Will you be buying Football Manager 2017 this year and look forward to Brexit possibly putting a spanner in your team management affairs?