This fall is proving to be one of the most exciting times of the year with all the great game title that are set to release at that around then. The list includes the likes of MW3 which is expected November 8th, Battlefield 3 expected on the 25th of October and now confirmed to be joining the collection is Football Manager 2012.

Until today the exact release date of Sports Interactive’s manager simulation was unknown, with only a window of possible release being before Christmas. Now we can tell you that the game is expected to be available October 21st. if you’re a football fan you will also be in for a treat around that time of year as PES 2012 is set to release October 14th and FIFA 12 hits the shelves September 30th.

The announcement came from Sports Interactive’s Studio Director, Miles Jacobson at a FM12 forum. With it came a few revelations of details about scouting and its new features in this year’s Mac and PC exclusive. He also mentioned that this release date was provisional, meaning it is the date they are aiming for and is subject to change.

Some of the new features include improved team reports, which come back from scouts. Managers can now ask their scout for a team report on any team in the game world, as well as for players and next opposition team. The details are more realistic as they are modeled as much as possible on real life scout reports.

Other new features are Strength Overview which is the first screen you are presented with, which allows managers to see a club’s top 3 players in each position as well as a star rating for each player. There is also Position Strength which when clicked shows players’rankings and ratings at a club. Check out the link above for more details on what you can expect to feature in the new title.

Will you be getting Football Manager 2012 this fall? 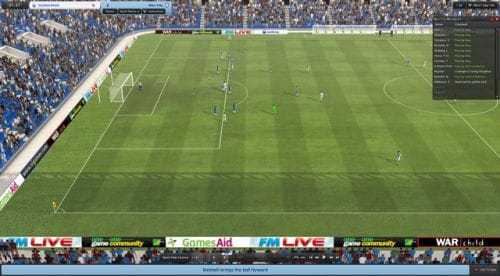