If you own an Apple iOS device and you enjoy playing arcade style mobile games, I think we have news that could be of interest to you. Chillingo has just released a new game called Food Processing onto the Apple App Store, which looks set to rival Halfbrick’s Fruit Ninja app.

According to a recent article by Dusan over on the intomobile.com website, the gameplay in the Food Processing app is very similar to that of the popular Fruit Ninja game, with players having to slice and dice their way up the production line scoreboard.

However, players have to slice their way through vegetables as well as fruit in the Food Processing game. Each food is said to require a different cutting technique to reach a perfect score and unlock bonuses. Using combo-chops will earn players mega-points and unlock secret content. 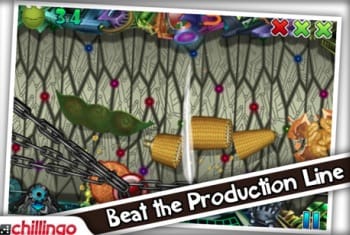 If that just isn’t enough for players, then they also have the option of unlocking the “Hell’s Kitchen” mode. “Hell’s Kitchen” is described as a super fast, intense and challenging mode, which has been designed to separate the weak from the master chef’s amongst us. 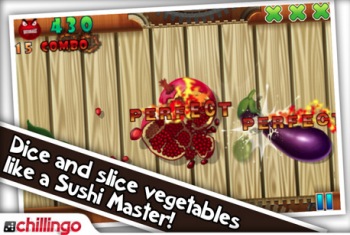 As noted on the itunes.apple.com link here, the Food Processing app — which costs just $0.99 to download – is compatible with the iPhone and iPod Touch, but does require iOS 3.0 or above. There is also an HD version for the iPad, which requires iOS 3.2 or later and costs $1.99.

You can view a trailer of the game below this post. Would you download the Food Processing game?