It is that time of year again that we see speculation and iPhone 5 rumors intensify. But there are many people who don’t even take any notice of such rumors until it is made official by Apple.

This time round there has been talk of Apple looking to make an iPhone Nano, which would appeal to more people as it would be more affordable. Screen size has been a big talking point with stories that Apple could be increasing it to 4-inches next time round, but this has also been rubbished in some quarters.

One rumor which could actually become reality is the next processor which will power the iPhone 5. The iPad 2 is now powered by the A 5 chip which many feel will find its way onto the iPhone 5. The recent release of iOS 4.3 was alleged to contain references to the chip being in the handset by some.

We have even had talk that Apple will not be releasing a new iPhone when we expect them too, as they have recently been changing from their normal routine of releasing products. This is down to the recent release of the Verizon iPhone 4 and talk of the illustrious white version coming in April. 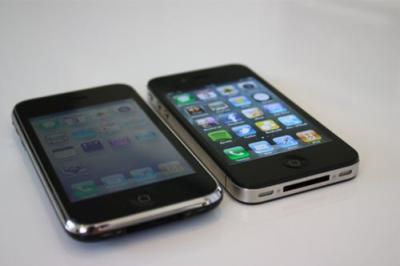 As always with Apple that have that clever way of surprising us, some of the rumors we hear do indeed hold some water. But many are complete rubbish and hold no relevance with what Apple finally brings to market. It is not until Apple tells us officially will we know what the iPhone 5 will be like, unless of course a prototype is found in a bar again.

Some people enjoy the journey of Apple rumors, especially when it comes to the iPhone 5, while other people cannot stand digging through the leaked information to see what is real and what’s rubbish. So where do you stand? Do you like the journey to the next release, reading every little rumor about an upcoming Apple Product?