With just two weeks to go until the biggest sporting event on earth, we thought you might wish to follow the Rio 2016 touch route. There are several ways in which you can do this, although the easiest has to be with the official Rio 2016 app, which saw an update last month on the App Store, and this month on Google Play to bring with it some new features.

Those new Rio 2016 features include a new design to the app, and the ability to follow the Rio 2016 Olympic Torch Relay. Not only that, but there is now the latest on schedule and torchbearers, news, videos and photos, and a few minor bug fixes. 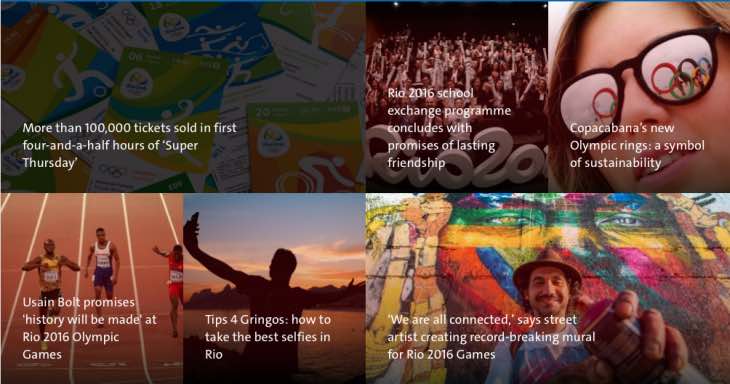 This is on top of those other features, such as learning everything there is to come from the Olympic and Paralympic sports, along with the venues where the disciplines will take place, and even the Rio 2016 Olympic schedule, which is more than likely going to be the most used feature.

You can also see a Rio 2016 Olympics countdown, which is now on 14 days, and 13 hours. If you visit the official website you will have access to even more than the app has to offer, such as the torch relay again, the schedule, guides, sports, athletes and teams, countries and news.

You will also notice an updates section, along with the option to signup to the newsletter.