We won’t get to see the production version of the Jaguar F-Pace until September during the Frankfurt motor show, but we have already seen a few photos of the first SUV from the carmaker being put through its paces. However, new shots have now come to light that shows Jaguar focusing on the F-Pace performance.

James May will not be happy that yet another vehicle has been put through its paces at the Nurburgring, and so this could mean the F-Pace might not drive as smoothly on everyday roads, as its suspension would have been set up to work well at the Nurburgring. 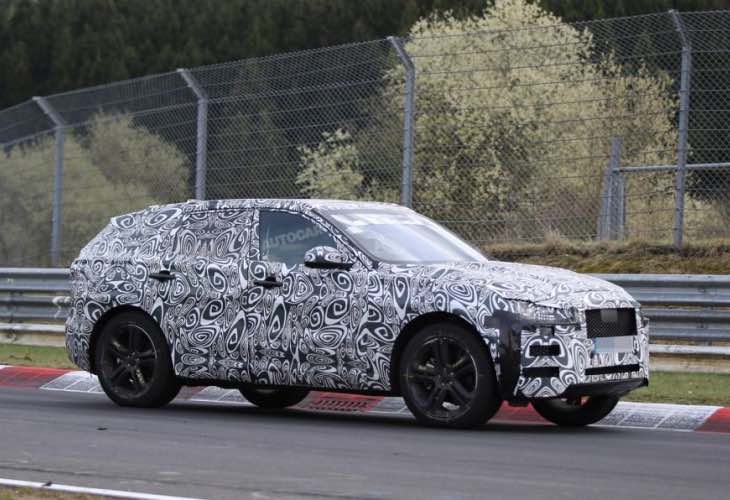 Having said that, we are sure Jaguar will be able to find a happy medium in order to get the SUV to work on a number of surfaces and conditions thanks to some clever electronics.

Autocar reports that there have also been some other spy shots, such as of the Jaguar F-Pace interior. However, seeing as though these are only near-production images, we are certain there are to be several tweaks, along with its exterior looking far different once the camouflage has been removed.

Jaguar F-Pace price and release date reminder — The starting price is expected to be £35,000 and the top of the range model should cost about £50,000. As for its release window, it should go on sale in early 2016 — let’s hope Jaguar share more details on these two subjects at Frankfurt in September.