With the Super Bowl only a few days away, it is normally a good time to treat yourself to a nice new flat screen TV. According to a research company manufacturers can offer customers up to ten percent off a new set.

CNNMoney are reporting that according to the research firm DisplaySearch, slow holiday sales figures have left companies with an excess of stock. Director of DisplaySearch — Paul Gagnon — reckons this could lead to discounts of twenty to thirty percent. He said “Just prior to the Super Bowl is one of the last opportunities for manufacturers to clear out their 2010 models.”

Prices have been falling for a while now, and according to Ticonderoga Securities sales have been dropping for seven months. This is said to be because most people who want a LCD TV already have one, with 56 percent of US households already owning a HDTV. 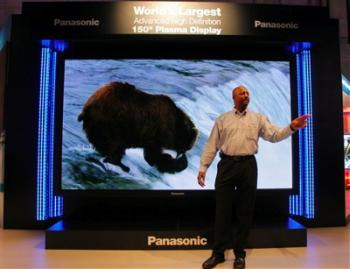 Bloomberg are reporting that Panasonic has just revealed profits which fell short of estimates. This is being blamed on falling prices for TV’s, despite the company seeing sales rising 28 percent from the previous year.

The UK was the only country in Europe which also saw new TV sales to drop last year. According to a report on What HiFi, out of 9.5 million TV sales only 125,000 were 3D or 3D ready TV’s. It seems that Plasma screens were becoming popular again with a 19 percent increase in sales, while LCD sales shrunk by 13 percent.