The Flappy Doge game isn’t an app, although it is an alternative to the Flappy Bird app that was deleted a little while ago. While some people are crying out for it to return, the bird app will remain down after the creator confirmed the addiction to this game wasn’t good.

Product Reviews was one of the first websites to report about Flappy Doge and you can see our earlier article that detailed how the very similar game works.

Today, we wanted to highlight some user reviews for Flappy Doge that reveal just how similar the game is to the original game that took the world by storm. It looks like this browser based game is built on HTML5 and not Flash, although we cannot confirm this at the time of writing, so feel free to hit the comments if you know the answer to that? 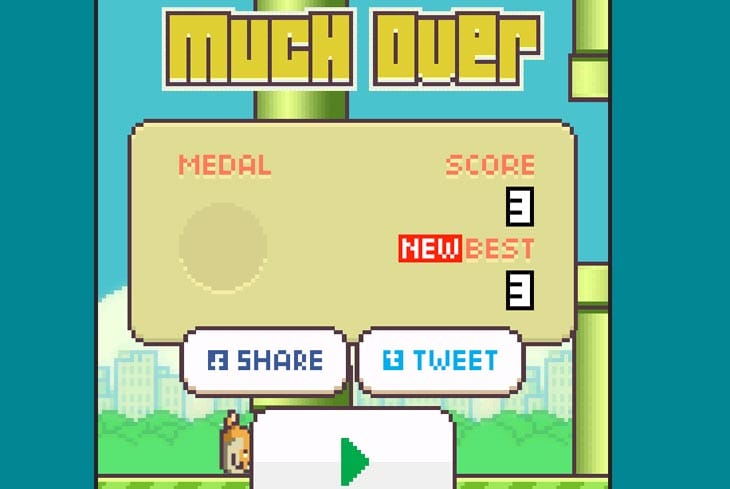 Three Flappy Doge video reviews can been seen below this article that feature gameplay and a good look at this clone of the Flappy Bird app. Have a watch, then let u snow if you have played the browser game and if you liked it?

You can see some of the highest Flappy Bird app scores in this article that reveals some smart players, although we would love to hear your record so leave your Flappy Doge high score in the comments.