While we recently told you that the Flappy Bird app for Android and iOS was addictive, most would agree that it is also the most frustrating game ever. As a result, some users are hunting ways to cheat and hack scores or the very least, find tips to get the best Flappy Bird score possible.

The object of the game is very simple, almost brilliant in a way. You just have to tap the screen to make your furry friend keep flying, making your way through the pipes without touching any obstacles.

Despite the incredibly simple method, this app has already become the most popular free app on both Android and iOS in recent weeks.

Trying to stay competitive though on the official leaderboards has become a different matter altogether though. Click score on the app and you’ll see that in an ‘amazing’ feat, users have been able to amass a score of 9,999. 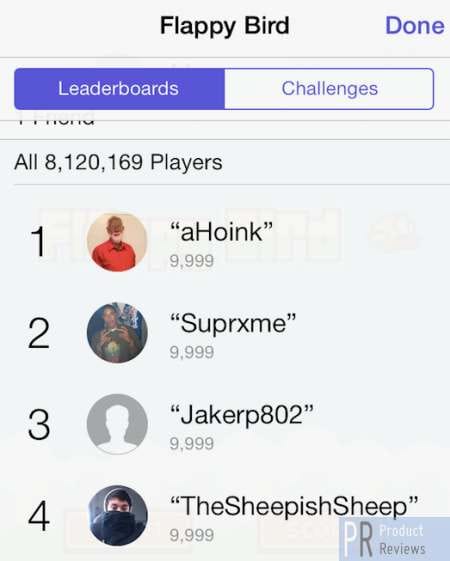 You won’t need us to tell you though that these individuals have been achieving their scores by using Flappy Bird hacks and cheats. It’s really surprising to see the sheer amount of users who are willing to cheat on this game, but then again nothing should surprise us with a game that has a heavy emphasis on beating everybody else.

Can you admit to trying to look for cheats to get a better score out of sheer frustration? To those that are playing legitimately, what is the highest score you have managed to get, and what do you say to the hackers out there?