It looks like Flappy Bird fever is still as high as ever. After telling you about the Flappy Bird record score here, fans have flocked in big numbers to let us know that they have achieved their own Flappy Bird high scores – some of whom even claim to have hit the Flappy Bird world record.

Just when we thought that a score over 10 was commendable, it looks like most of you have perfected the skill of Flappy Bird and managed to legitimately rack up scores of into the hundreds.

We think that Flappy Bird is a difficult game to master, but obviously some of you have cracked it. Now we are pleased to share some of your feedback that you’ve sent in to us, through Twitter, Facebook and via email.

This score of 213 by Vincent Ramirez on Flappy Bird Android is a great effort as shown in the image below. He asks us if this is the world record, but unfortunately Vincent – it’s not. 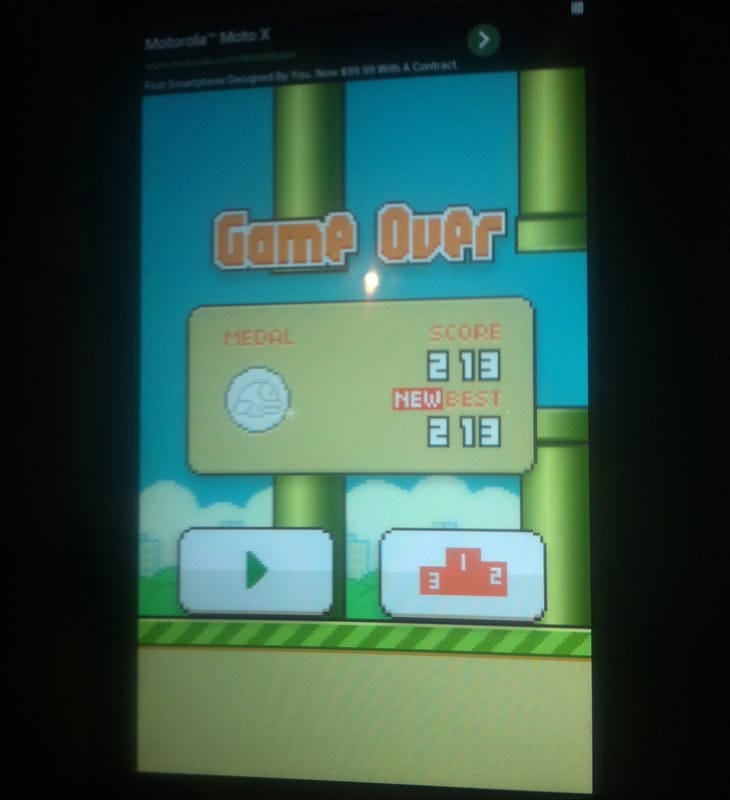 On Twitter, several Flappy Bird addicts have been in touch to share their high scores with us. This 226 by Kevin Buckley is a fantastic effort.

We thought that this couldn’t be beat, but then Austin Lang comes along and smashes it to pieces with a wonderful 284 – all without the use of hacks if you can believe that.

As far as we’re aware, this is the new Flappy Bird high score. We could be wrong on this and we probably are with so many scores being racked up by the second.

We challenge you to beat Austin’s effort of 284 without using Flappy Bird hacks or cheats. If you do, we’ll update this post and add the new score below so you can claim your throne.

Happy gaming everyone and thanks to everyone that sent their scores into us.

UPDATE: You won’t find Flappy Bird on iOS, it has been taken down.