The mobile phenomenon Flappy Bird app has a few alternatives on Windows Phone. The hugely popular game which has taken the world by storm has seemingly now got a little bit of company, with a selection of new Flappy friends.

It is inevitable after the colossal success of an app for people to try and replicate this success for themselves with their own version. Hence the reason we now have this new selection of games known as Birdy Flap, FlappyFish, Jolly Fish and Paddle Fish. The games involve reaching high competitive scores, what is your Flappy Bird record score?

In Birdy Flapp we have a Flappy Bird clone, or rip off as the reviewers have affectionately labelled it. Some mobile owners have claimed that Birdy Flapp is just as good as Flappy Bird but the majority of users have described the app as terrible and unplayable. It may be best to stick with the original by the sound of things, still at least Birdy Flapp is free so no harm done. 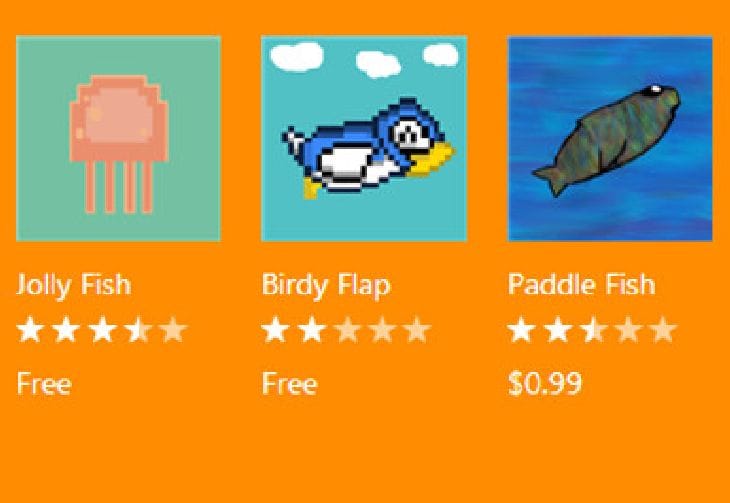 As for FlappyFish, Jolly Fish and Paddle Fish, the developers have introduced a different animal but still tried to win with the ‘Flappy’ element. The games are slightly different to Flappy Bird but in general follow the same task of guiding the fish past obstacles and pipes.

These apps are also free except for Paddle Fish which costs $0.99, although reviewers have recommended avoiding it. Jolly Fish and Flappy Fish have however been rated reasonably, with many users enjoying the games subtly spin on Flappy Bird, there are some negative reviews from those who do not like its clone element however.

Have you played any of these Flappy Bird inspired games on Windows Phone? If so let us know how you think they compare to the original and be sure to share your highest scores with us in the comments section.

UPDATE: You won’t find Flappy Bird on iOS, it has been taken down.