With nearly a month gone since Dong Nguyen removed Flappy Bird the App Store is still being invaded by similar rip-offs of Nguyen’s smash hit, and an investigation into this has looked into the last 300 Flappy clones to become available on Apple’s App Store.

In an article on Pocket Gamer they discuss how an average of 60 clones have made their way to the store every single day, resulting in 14 similar games being added in the space of one hour for apps added between the hours of 15:00 and 08:00 UTC.

They highlight just a few of the clones that have recently accumulated including Floppy Little Wings Attack Free, Clumsy Bird Pro – The Adventures of Flappy Flyer, Flappy Bird 2, Flappy Clone and Splashy Sharky.

The game that I have downloaded free is Splashy Fish – The Adventure of a Tiny Bird Fish and this is very similar to Flappy Bird, which is also accessible through the iTunes App Store. Splashy Fish by redBit games is based on keeping your Splashy Fish from dropping too low with obstacles and fantastic treasures to find while you’re levelling up. 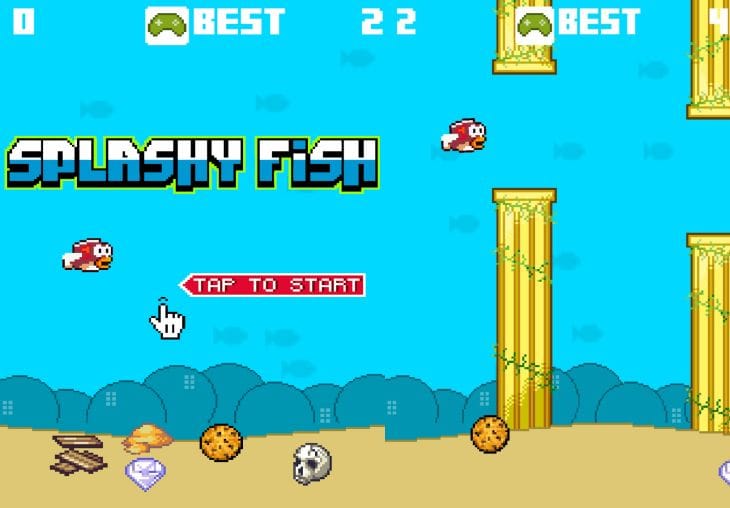 In addition, this game does contain some glitches and the hit box is not entirely accurate, while other users seem to feel the same. In some circumstances I have managed to get lucky with some hit and miss splashing but on the whole this is the kind of game Flappy Bird fans are bound to enjoy.

Have you managed to find a suitable alternative to fill in the void left by Flappy Bird?