If you are planning to pick up Medal of Honor when it goes on sale later on Tuesday, we have a word of warning for you. Not from us, but from EA themselves as they have already finalized a day one patch which will ensure that your multiplayer experience remains problem free.

The sheer amount of changes, bug fixes and general issue improvements though may be slightly alarming to those who are wondering if EA were actually ready to launch the game on schedule or not.

The patch is available for the Xbox 360, PS3 and PC versions of the game and should be available the next time you boot up your game. If you were lucky enough (or unlucky judging by this list) to pick up the game early, you’ll probably already be well aware of some of the problems that were present on disc.

Going through some of the interesting fixes, we see a fix in place for when the single player automatically started in easy mode as default, rather than normal mode. In multiplayer matchmaking, EA has fixed an issue where players could join private parties, without being invited first – a bug which really should have been sorted prior to release. 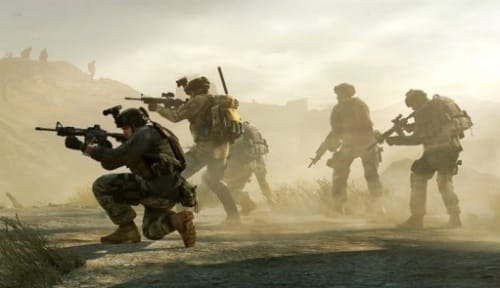 This list of patch notes looks like it should belong in a Title Update, one month after launching, not on day one. Is this a warning sign that Danger Close have been having problems getting the game up to scratch in time? If you have already got a copy of Medal of Honor on any platform, let us know your experience with the game so far and whether you have spotted any serious issues that haven’t been fixed.

With so many fixes in place, it does also pose the question that some of the poor reviews that went out may need a rethink if Danger Close has managed to get the mix just right. The patch update is optional, but judging by EA’s description on their website – you all need to download this ASAP before you start playing.