Not all game updates release without problems, and the World of Warcraft 5.4.7 patch certainly brought a lot of issues following its release, so as promised it seems that the first round of hotfixes has been released.

It is worth noting that the current fixes for WoW patch 5.4.7 issues will not be the last update, so just remember if your problem is not fixed that it should be in an upcoming hotfix. This is the first round of a few fixes to correct the problems widely reported in forums.

WoW 5.4.7 patch notes for this hotfix – you can see exactly what has been fixed in the image below, which lists the fixes to various issues created by patch v5.4.7. If you are unaware what a hotfix is, then simply put this is an update performed on the developers end without the gamer needing to download any software. 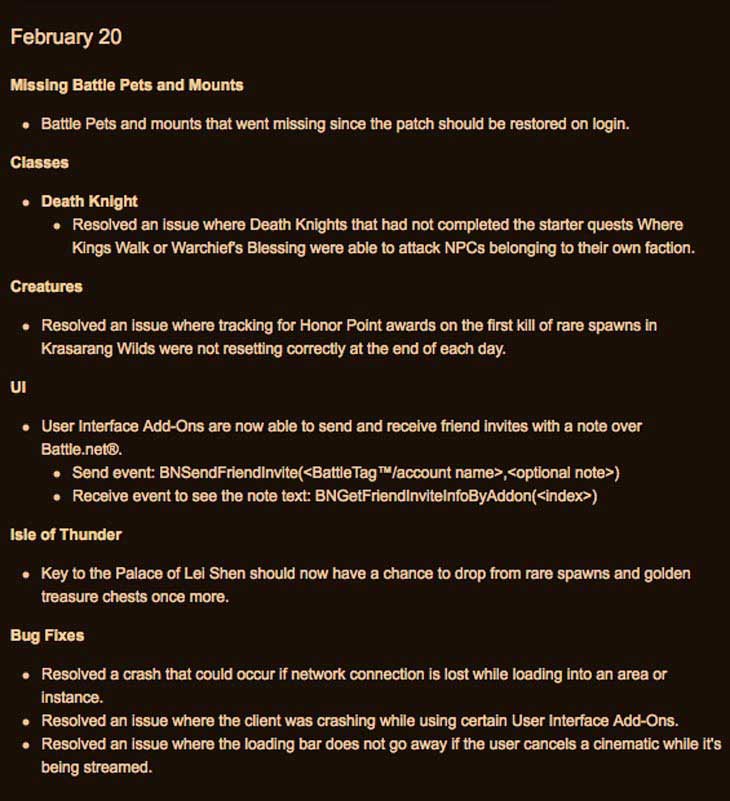 Some of these fixes will be implemented once your realm is restarted, while others will take effect right away without anything needing to be done on your end. The list of fixes will be updated on battle.net once other hotfixes are added.

You should also note that there will be a WoW patch 5.4.8 to fix problems that cannot be corrected without a client-side download. Product Reviews will update its readers will the notes for this future update and what bugs it fixes the moment it goes live.

What problems do you have since installing WoW patch 5.4.7, and what would you like patch 5.4.8 to fix?