So the PlayStation Vita has finally arrived in the west. After launching the device in Japan and Hong Kong, Sony has now released the much anticipated Vita in Europe and the US, putting a smile on those who had pre-ordered a device and are now sitting at home enjoying the delights that the system has to offer.

The Vita certainly offers a lot in the way of gaming as well. With a large selection of PS Vita games and a vast selection of compatible PSP titles, you could argue that Sony has had the best launch in terms of games available compared to the PS3 and PSP launches.

Aside from gaming though, the Vita does a lot more as you’ll soon see by heading to the PlayStation store and downloading some of the apps that are already available to download. Unfortunately though, there are not many apps to choose from though and the apps that are provided do not really provide the same smooth experience that you are used to seeing on your smartphone.

The apps that are available right now include Flickr, Netflix, Foursquare, Twitter and Facebook. There’s also a Google Maps app that came in a recent firmware update, but we have to say that performance from the Google Maps and Facebook apps is very sluggish and you’re probably better off using your smartphone until they are improved. We fired up Facebook just a few hours ago and we were disappointed to see that browsing through the app isn’t as smooth as you would expect and you have to wait for the app to catch up with your commands most of the time. Photos take forever to load and there isn’t an easy way to sign out of the app either which is bizarre. Instead if you want to let someone else check their Facebook account, you have to go out of the app, into the Vita settings and delete your Facebook info first before signing in with another account – it all has the same ‘PSN-accountgate’ smell about it if you ask us.

On a more positive side, LiveTweet for Vita is a much more pleasant experience and doesn’t seem to stutter as much as Facebook and Google Maps when performing tasks. At least Sony has the chance to improve Facebook further by a future software update, but we’re still disappointed that it lacks the solid functionality that Facebook on a smartphone would give you.

While these apps are a good start, it’s clear that Sony need to work hard to provide even more apps to users if they want to cater to those users who like to take a break from gaming once in a while. There is still no YouTube app for the Vita either – we expected Sony to provide this for the Asian launch or even First Edition pre-order customers, but it didn’t happen. If they can spend the time to make an app for Flickr, we find it a little hard to believe that they didn’t prioritize a YouTube app first.

Again though, we’re guessing that Sony is working on it and it’s coming soon – or it would be a disaster if not. Perhaps they need to work around the issue of getting Flash sorted first but that’s a different beast altogether which we’ll talk about separately.

It still feels great though to be able to access apps on a portable PlayStation at last. There are endless possibilities for Sony in the app department and we’re sure that other companies are licking their lips at the prospect of having a Vita version along side mobile versions. With that in mind, here’s a few apps that we would love to see sometime on the system:

Although this is unlikely to happen since Sony has their own ‘music unlimited’ program in place, there’s no denying that Spotify is one of the most popular ways for consumers to get their streaming music fix. It would be great if there was a Spotify app to accommodate those who forked out extra for a 3G Vita and it would be great for Spotify to extend their mobile market space to Vita consumers.

This is a no brainer really and we fully expect to see a Skype application on the Vita later on this year. At the very least, we should be able to make calls over WiFi but 3G calling should be great too. Video and text chat would be bonuses but this is an ideal way for Sony to make use of those dual cameras and built-in microphone.

This won’t be for everyone who just wants to use their Vita for gaming, but we would like to see a mail client app as well. This will be more useful for 3G users, but the ability to set up a mail app with the likes of Hotmail, Gmail and Yahoo will come in very handy indeed when you are out of the house. Again we realize that you can just use your phone for this, but if Sony are planning to add text message support, then why stop there – go all out with even more functionality.

Again we’re surprised to see that Sony hasn’t included access to their virtual world, as the Vita seems like a perfect place for entering Home when you don’t fancy doing so from the living room. Like Skype, we have a feeling this will be coming sooner rather than later. 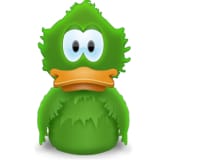 Sony has placed a lot more emphasis on your PSN friends list and the Vita will give you the opportunity to send messages easily between one another. However, if you don’t have many friends on the list or simply don’t talk to any of them – the friends section of Vita doesn’t really offer too much. It would be a much better idea if Sony released an app allowing support for some of the most popular chat clients out there – the obvious choices being the likes of MSN, Google Chat, Facebook chat and so on. Sony may opt against rival programs though like Spotify, so it’s perhaps up to you guys to make your voices heard.

Those are just a few of the apps that we would like to see on the Vita, but we’re sure you have better ideas. If you are feeling that the Vita is lacking in the apps department, what apps do you want to see arrive next? List your best ideas below.