If you’re looking to lose those extra pounds that you may have put on over Christmas but you don’t fancy having to go to the gym to do it, then we may have some great news. Ubisoft has just announced a brand new fitness-related game for the PS3 and Nintendo Wii, that’s entitled “Fit in Six.”

According to Dale North over at destructoid.com, the Fit in Six workout program will guide you through six core elements: core body, lower body, upper body, balance, cardio and flexibility. Both the Nintendo Wii and PlayStation 3 version of Fit in Six will be available sometime in March. 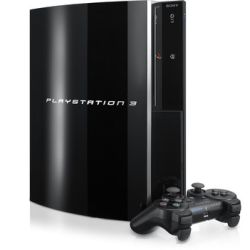 The Wii edition will use a Wii-compatible USB camera accessory, which will be available with the game upon launch. The PS3 version of the Fit in Six title will use the PlayStation Move setup, giving players exactly the same camera interactivity as the Nintendo Wii version.

However, the PS3 edition will also enable gamers to use their own music playlists within the game. In fact, it will even suggest certain tracks in your playlist for each workout. As noted in a strategyinformer.com article by Simon Priest, the complete content (including add-ons) gives about 23-24 hours workout time.