There has always been a lot of tech involved with the past time and sport of fishing, and now as things develop this technology is changing. Now it’s not just having the best rods and fishing reels as mobile technology can give something different for anglers all over the world. Today we are looking at fishing Knots made easy with Android and iOS apps.

MyNature Fishing Knots 1.0 was recently released for owners of the iPhone, iPod Touch, and iPad. The application has thirteen of the most common used knots used in fishing. There are 3D animations of the all the knots contained in the application which can be stopped at any time and restarted.

The application has four chapters with each of them having text and illustrations combined with the 3D animation. These include line to reel, tie a loop, joining two lines, and line to a hook. The application is great for anyone who has a difficulty tying a fishing knot or wants to learn something new.

Some of the knots in the application include the Arbor knot, Uni knot, snell knot, trilene knot, Improved Clinch knot, Nail knot, and more. The application differs from other videos as there are still images of a knot in its various stages of creation. This gives users a clearer step-by-step guide in tying otherwise difficult fishing knots. Users will learn the knots needed within minutes of starting the application.

It’s no good having all the best fishing gear if you can’t master the art of trying the knots often needed when fishing. MyNature Fishing Knots 1.0 is available worldwide on the App Store for only $0.99/£0.69. iPhone, iPad, and iPod Touch required with iOS 3.2 or later.

A free application is available for users of the Android platform called simply, Fishing Knots. It contains all the most important fishing knots, and will have you attaching your flies, hooks, swivels, and other gear in no time. To find out more and to download head over to the Android Market. 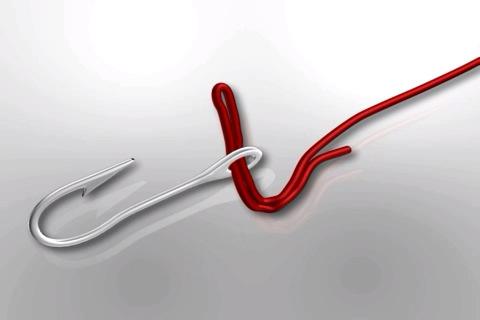