For those that are expecting their Samsung Galaxy S9 or S9+ to be delivered this week right on time for launch, we can tell you that Samsung has already deployed the first Galaxy S9 and S9+ firmware update.

Confirmation of the updates were seen this past weekend, identified by the model numbers G960FXXU1ARC5 and G965FXXU1ARC5 for the S9 and S9+.

There are no specific fixes from Samsung mentioned in the supporting update notes according to SamMobile, but we expect there to be general security improvements and stability and performance tweaks compared to the Galaxy S9 and S9+ builds that were shipped out before this patch was ready. 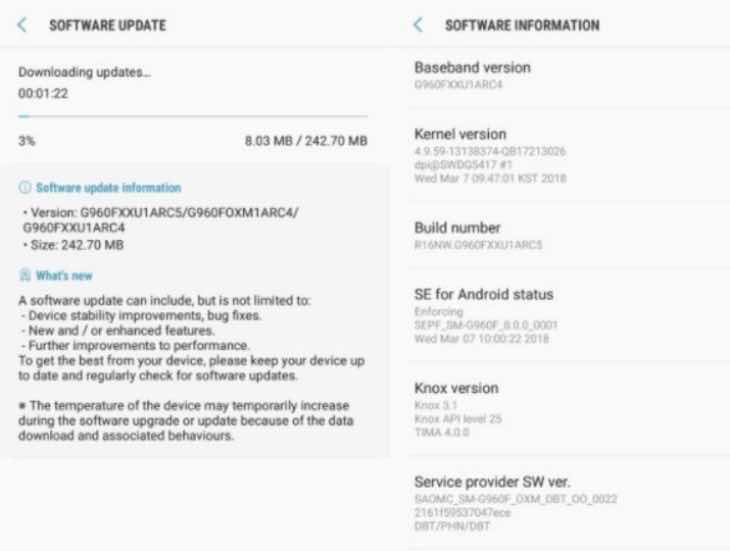 If you want to install it right now, you can go to your device settings and push for the update manually to install it and you should have the same update available as highlighted by the model number above.

Are you the lucky owner of a Galaxy S9, or S9+ already and have installed the first firmware update this week?