With the build up to Crysis 2 still ongoing, a lot of fans have been wondering about the lack of footage the PlayStation 3 has been showing and what it could mean. Well finally we can reveal the first footage of from the Sony PS3 as it has emerged and it looks just as expected.

Previously we brought you news that Crytek had come out and said how Crysis 2 will perform equally as good on both Xbox 360 and PS3 consoles. It can be seen from the trailer below that they have been true to their word.

The Sixthaxis who came across this footage via a tweet from Digital Foundry agree that the footage on the PlayStation 3 version ‘looks at least equal to anything’ we’ve seen so far from the Xbox 360 version. 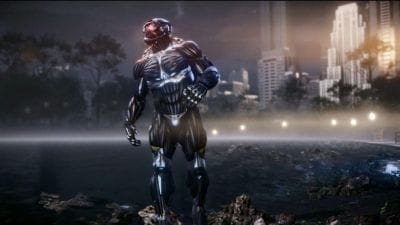 More screenshots are beginning to emerge also; all look stunning and are hyping Crysis 2 to be certainly great visually. Check out the screenshots provided by Gamerslive and I’m sure you’ll agree that the graphics are mesmerizing.

What do you think of the footage to Crysis 2 so far? Has it persuaded you to get it when it comes out? Let us know your thoughts.