OS X 10.10 Yosemite has not even been out a week and there are already discussions in regard to an update, although this is to be expected. Whenever a new operating system is released it comes with a few bugs, iOS 8 was proof of that, and has led to iOS 8.1 released on Monday. The first OS X Yosemite update cannot come soon enough for many users seeing as though they have suffered from multiple issues.

Some users have had a complete nightmare since updating to Yosemite, as they have been hounded by problems. We already know of the WiFi bug where some users cannot get any Internet and those that do find it very slow. There is also the Mail problem, where we have heard reports that some users cannot even open Mail, to others being able to open it but experiencing issues with sending and always asking for a password. 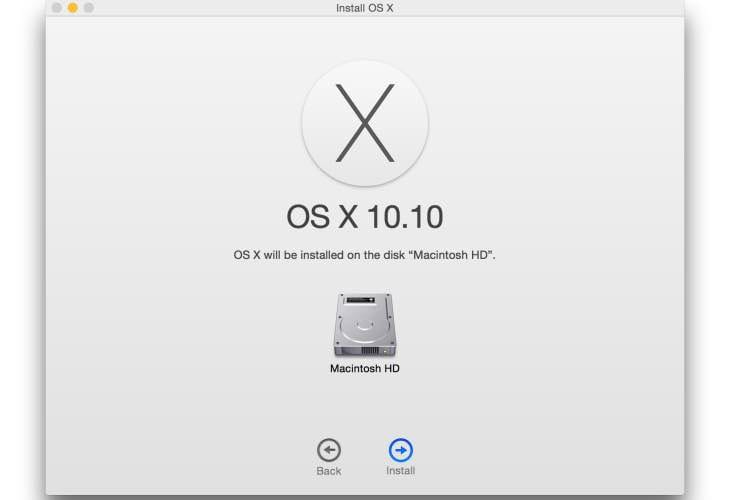 So these are just two issues we would like to see addressed in OS X Yosemite version 10.10.1. We have to wonder if Apple will also resolve the Keyboard volume keys, as some of our readers have noticed they do not work. It is strange because all other functions on Logitech and Mac keyboards work, just the volume ones. We do know that our volume buttons now do something different, as you can clearly see the volume going up and down when using the buttons on the keyboard, yet there is no audible sound so you can tell how loud it is, just the on-screen graphic.

Other problems that need to be addressed – There seems to be growing concern that Word is not working as it should in Yosemite because not only does it keep crashing, but it will not open up saved files as they were left. We are not sure if this will be an issue Apple will need to address in the first update for Yosemite, or if this will be resolved with a Word update?

Programs will not open from Dock is another issue concerning some Yosemite users, and even repairing permissions and quitting DU and restart the MBP works for a little while, then the issue returns. However, one issue that seems to be the main topic of conversation is the whole Internet thing, which we mentioned above. We did hear from a friend that he was able to resolve his connection problem by turning off Bluetooth on his MacBook Air, This is not so much of an issue on the MacBook, but it is when you have to do it on an iMac, where Bluetooth is needed for the Keyboard and Mouse.

These are just a few of the most reported problems plaguing Yosemite, and are in need of a fix once OS X 10.10.1 is released.