The world has gone e-reader mad and we can understand why that is. Ok, so we know that it is not the same as holding a book and becoming engrossed in a gripping story, but they are far more practical in terms of saving on space, and in many cases money on books in the long term.

It is Amazon that has cornered the market with such devices, although there are still plenty of alternatives, such as the newest from Kobo called the Glo HD. Don’t get too excited just yet, as this new e-reader is not released until May 1st.

Before we take a look at what it has to offer, we have it on good authority that the first Kobo Glo HD reviews are not expected until the end of April, as the likes of GoodEReader will not be getting a review unit for another couple of weeks, and so do not expect theirs to be published until April 28. 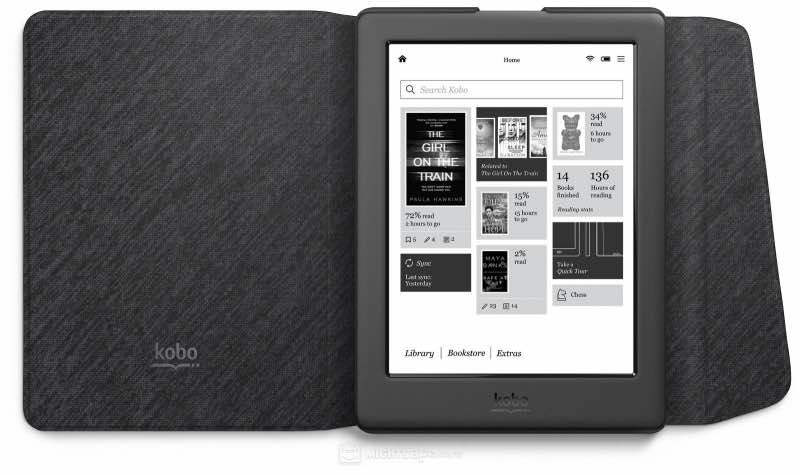 Kobo Glo HD specs, features and that all-important price – This latest e-reader will sport a 6-inch e-ink Carta screen with 300 PPI, a resolution of 1448 Ã— 1072 and a front-lit display, pretty much the same as Kobo’s Aura H2O. As for the processor it has a speed of 1GHz and sports 4GB of storage, but what we find very strange is the lack of SD card support. This means you will have to clear your library every now and then to make space for new books.

As for price, Kobo is expected to charge around $129 for its latest e-reader, and so it will be down to you to decide if it is worth paying that.

So just as a reminder, you will be able to pre-order the Glo HD on April 24th, and will be online and in-store from May 1 in Canada and the US, and June 1 for the UK and other parts of Europe. For more details head to the Kobo press release.