Previously we have seen a lot of the PS4 build, but at the recent EGX event in London, Square-Enix took the Xbox One build out for public viewing and now it’s the chance to see brand new scenes now shown before.

We also get to take a look at what Final Fantasy XV fishing looks like, with players able to either catch fish for food purposes, or turn them into treasure instead. 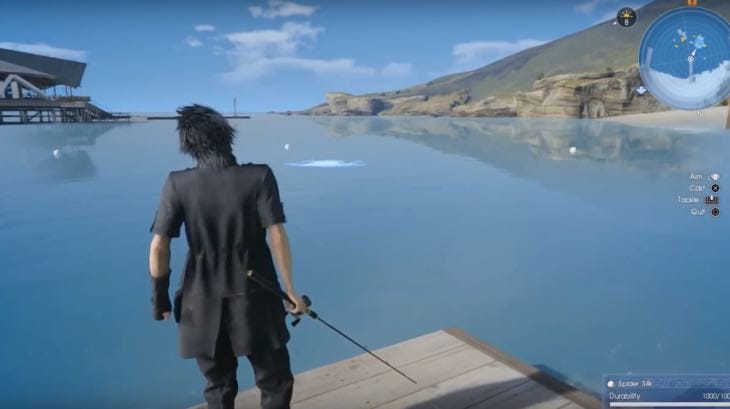 There’s also a good look at the Final Fantasy XV car as well, which will be known as the Regalia. You can customize it with stickers, change the paint color and also the tyre color which looks amazing when looking up close.

One of the more impressive features that we saw in the new preview was the ability to listen to music from previous Final Fantasy games inside the car when you are driving. These include the amazing Balamb Garden and Fisherman’s Horizon tunes from FFVIII which should make a lot of you happy.

Check out the new videos below and let us know what you think of them. Are you really excited about this game and don’t mind about the extra delays as long as it’s finished 100%?