It has been an incredibly long wait, but now we are happy to say that Bethesda has finally given out official details on when the first Fallout 4 DLC will be out this year.

We now know the details of three DLC packs for Fallout 4 and the first one is going to be the Fallout 4 Automatron content.

This will be available in March 2016 priced at $9.99 USD or £7.99. Automatron is going to allow you to build your own robots as companions using hundreds of materials and equip them with new weapons such as the lightning chain gun.

Next up is the Fallout 4 Wasteland Workshop DLC which has a release date on April 2016. This one is cheaper at $4.99 or £3.99 and allows players to design their own traps for live creatures such as the Deathclaw. You’ll also be able to customize your home with new settlement design options such as different lighting. 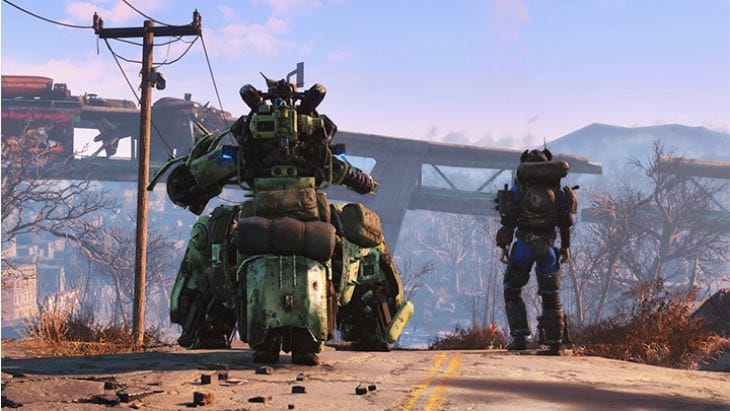 Then to keep you busy over Summer, Bethesda has saved the best of the three till last with the Fallout 4 Far Harbor DLC. The release date for this is sometime in May 2016 and it will be priced at $24.99 or £20.

Bethesda hasn’t given out the full details yet, but they have teased that Far Harbor will contain the “largest landmass for an add-on” that they’ve ever created and that it will be packed full of new faction quests, settlements, lethal creatures and dungeons to justify the higher cost.

Remember that all three of these packs are available for free if you have the Fallout 4 Season Pass. Further details and images on the DLC packs can be seen at Bethesda’s website here.

Let us know what you think of the announcement and if you are looking forward to the content. Do you finally feel that your Season Pass investment has paid off in the long run?