As we have already told you earlier today, Destiny’s first DLC expansion The Dark Below is launching on Tuesday December 9. One of the new Dark Below weapons is the No Land Beyond Exotic Sniper Rifle and thanks to Sony’s PlayStation Experience, we can bring you some early gameplay.

It’s shaping up to be a massive week for Destiny fans with the launch of Bungie’s first DLC content for the game. Not only will you be able to buy Eris Morn’s new items this week starting from Tuesday, but the No Land Beyond will be up for grabs as well.

All Destiny players will be able to start using this weapon Tuesday, but those lucky enough to attend Sony’s PlayStation Experience over the weekend had a chance to preview it early. 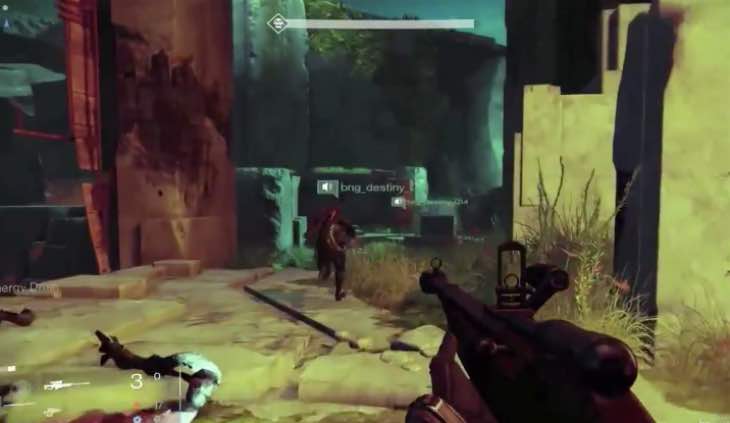 As a result, we can already bring you a good look at how this Exotic Sniper plays in-game. Aside from a 302 attack stat, the No Land Beyond also has the ability to be equipped in the primary weapon slot.

You can check out the full No Land Beyond Exotic Sniper Rifle stats below in the image that has already been captured – including confirmation of 100 for range, although it doesn’t look like it can one-hit kill from the gameplay.

Enjoy the first clip of the No Land Beyond in action below and let us know what you think about it. Will you be using this instead of the Ice Breaker?