It looks like one of Treyarch’s Black Ops 3 secrets is out. Based on footage we have seen we can say that it appears likely that Dead Ops Arcade 2 is coming back within Black Ops 3.

One user has received his copy early and has already uploaded the incriminating footage of realtime Black Ops 3 Dead Ops 2 Arcade 2 gameplay online.

On first glance it largely looks the same, but the graphics are of course enhanced compared to Dead Ops Arcade from Black Ops 1 and it also looks like Treayrch is adding a lot more to the game in terms of controls.

For example, you can see from the leaked clip below which shows the layout featuring buttons on the controler serving as different functions. On Dead Ops 1, players were restricted to using the analogue sticks and the triggers only. 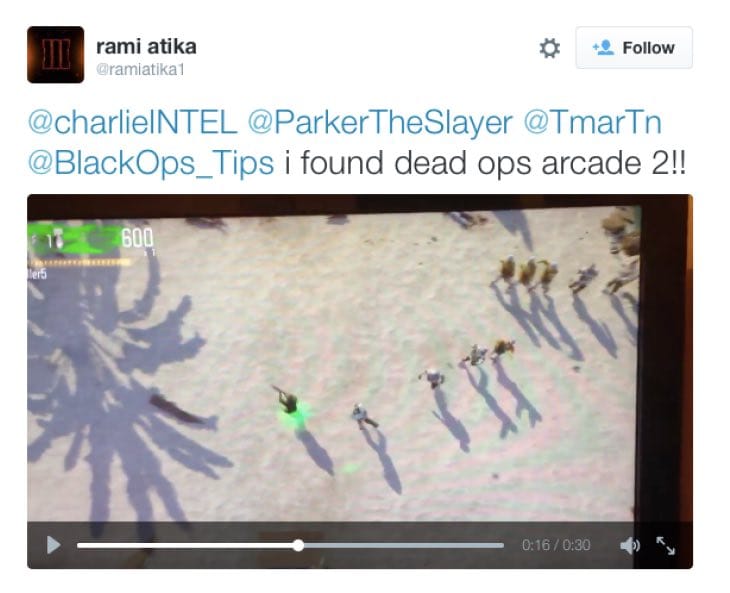 Details are slim, but we are assuming that this relates to the Cosmic Silverback Zombie in Black Ops 3 – the main boss of the first Dead Ops Arcade game.

This mode could also possibly tie-in to the “Silverback in Black” trophy and achievement which was confirmed for the game recently.

We can see that some of you are already commenting on this leak by saying that Dead Ops Arcade 2 ‘looks the same’ as Dead Ops Arcade 1. To show you the difference though, we’ve included an old gameplay clip of the original allowing you to see the changes.

This is only 30 seconds of the new mode, but give us your thoughts and ideas on it below – are you happy that Dead Ops Arcade 2 for Black Ops 3 is returning?