Whenever you think of Apple you think of state-of-the-art design, matched by awesome performance. However, things were a little different back in 1976 (I was just four), which was when the Apple-1 computer was made. You might wonder why we would be talking about this now? Well it seems that this old computer has just fetched $210,700 at auction.

According to BBC News, thats 425 times the amount of the original cost. The auction was held at London’s Christie’s auction house a few days ago. There were only 200 made, which were built in Steve Jobs parents garage — how things have changed for the Apple CEO, you only have to look at the iPad and the new MacBook Air to know just what i am talking about. 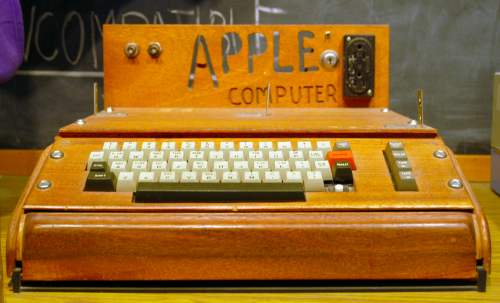 The specs of the Apple-1 was said to be high in its day, just 8-bit 6502 microprocessor and 8K bytes of RAM. I do not know about you, but I would love to see one of these devices for real, this will give you a true sense of just how far Apple has come.

According to AP Marco Boglion, a private collector won the bid over the phone — not certain what he plans to do with his purchase.

Another device that was up for auction was Alan Turing’s papers to break the code of the Enigma machine; this did not make the reserve price.