We are still a while from hearing the potential FIFA 16 TOTW 20 predictions which we’ll be bringing you later this week, but first we wanted to talk about one card that should definitely be arriving.

This is a first Firmino in-form card for FIFA 16 Ultimate Team and a card that could also change his position too with a Firmino ST card.

EA has been known to follow position changes very carefully and it has been no secret that Firmino has been playing striker regularly in favor of Benteke.

Given that he is currently CAM, having a ST option could provide some interesting combinations for FIFA 16 players with a Liverpool squad who would then be able to mix up formations and chemistry combos. 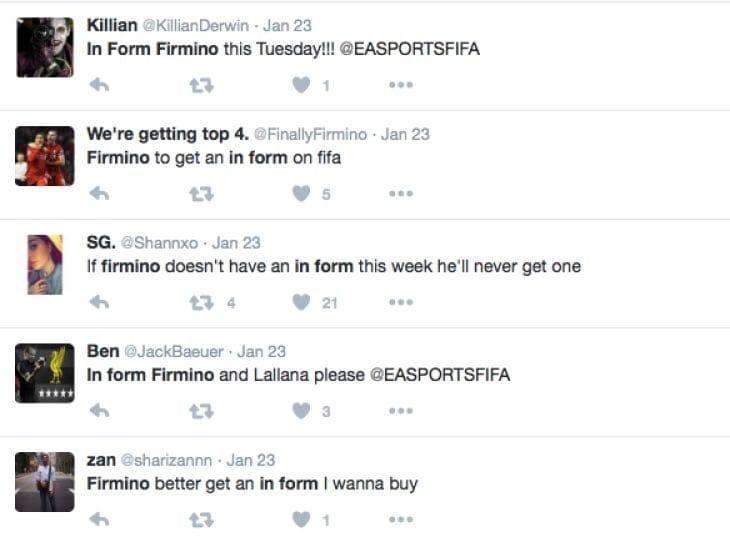 We thought that Firmino would be given an in-form card after scoring two goals against Arsenal but EA decided not to. Now surely they won’t make the same mistake twice and you can already see the early demand from fans after Firmino scored another two goals in the epic Liverpool 5-4 win against Norwich.

You can see what the Firmino in-form 83 card stats may look like below as a teaser, but we should have a better idea later on this week so come back soon.

Do you agree that it is time for a Firmino in-form on FIFA 16? What price would you expect it to cost on the transfer market?