We have a quick heads-up to say that a new Firefox update has just gone live for April 12, 2016. Actually some of you may got the new version of Firefox a day earlier, but here is a list of changes in the Firefox 45.0.2 update.

It is purely in relation to some important bug fixes, which Mozilla have deemed necessary to bring the browser to a new client version which requires a physical update.

These include a fix for Firefox crashing in relation to video playback with Media Source Extension and also a fix an issue impacting the cookie header, when third-party cookies are blocked. 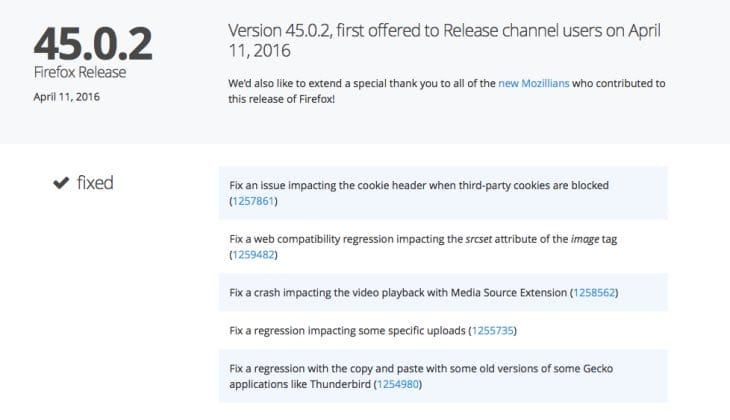 You can see the official Firefox 45.0.2 changelog above which we took from Mozilla’s website. You should only need to restart your Firefox browser for the new changes to be installed automatically.

Have you noticed anything else on 45.0.2 that we need to know about, or discovered a problem? Leave us a comment below!