Firefox version 43 was released yesterday, not only for Mac but Windows as well, with 64-bit support – which we know has been a long time coming. This version was all released for Android as well, and comes with a a host of changes.

Looking over the Firefox 43 update release notes they reveal some much-needed changes. But what’s new and what’s changed?

Firstly, here is what is new: Private Browsing with Tracking Protection will now offer the user a choice of blocking additional trackers, API now has improved support for support for m4v video playback. Then there is also Firefox 64-bit for Windows, users can choose search suggestions from the all-new bar, along with an on-screen keyboard displayed if you have selected an input field on devices running Windows 8 or newer. And finally, Firefox Health Report has now switched to use the same data collection mechanism as telemetry. 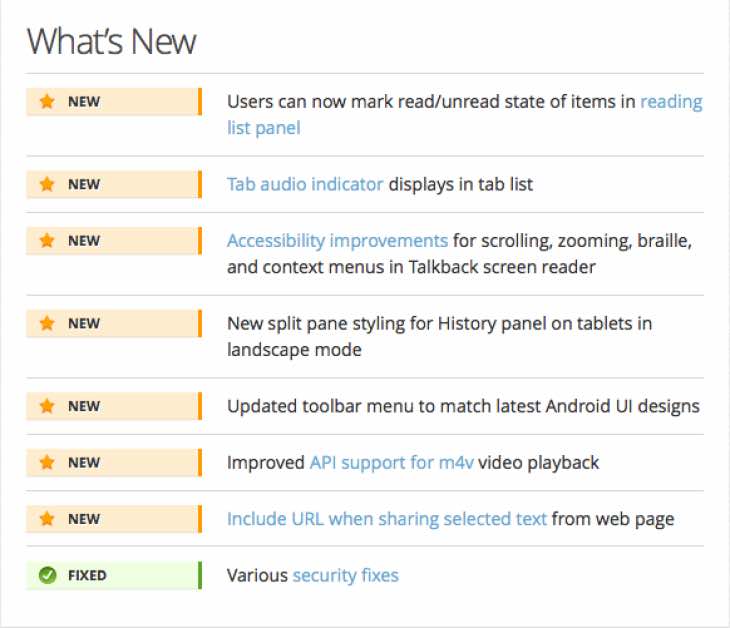 Mozilla has also fixed the Eyedropper tool, as it never used to work as expected when zoomed, and there have also been various security fixes.

There are also 15 new features for developers to they test in order to help bring a far better user experience to Firefox 43 and future versions.

For the full list of Android changes, then please visit Mozilla, although you can also see them in the image above.