Firefox 40 has been released to offer better support for Windows 10. There has been an interface change so that the browser works with the new OS, but all is not well because some users are saying that Firefox 40 crashes in Windows 10 after the update.

One of the known Firefox 40 issues on Windows 10 are the browser can crash if multiple tabs are open — well two or more. There is a temporary workaround for this, and that is to disable the hardware acceleration, or even open multiple windows rather than tabs until a fix is released. 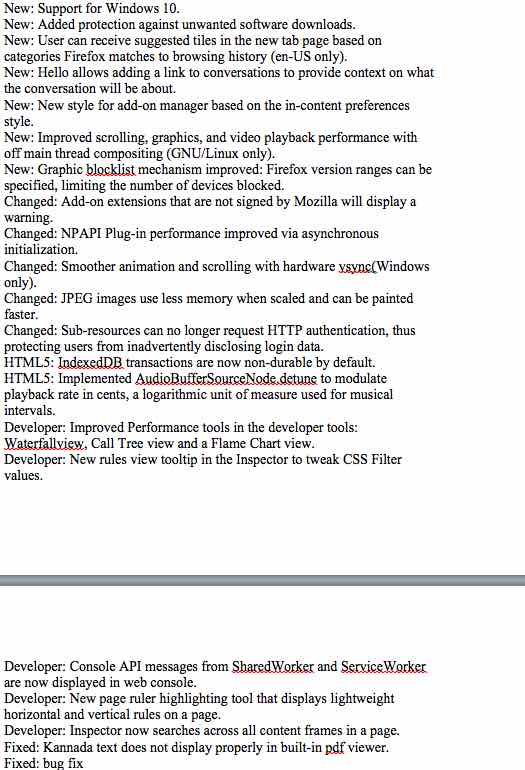 What’s new in Firefox 40 for Windows 10? – One of the new features is built-in browser-choice mechanisms, which has been developed in order to remove the importance of Windows 10 default browser and search engine, which are Microsoft’s Edge and Bing.

You might wonder why choose Firefox 40 over Edge, and Mozilla believes that add-on support is a key feature that is missing from the Edge browser, something that the last version of Firefox has.

For more details on the new Firefox 40 features lookout the image above.

Have you noticed any other issue with Firefox 10 following the update, this includes the Windows 10 and Mac versions?