Mozilla had planned to release its latest addition of Firefox a couple of days ago, but had to delay it because of a stability issue. However, the Firefox 39 update is now live for download, which we have just done. Try not to get too excited though, as this update is not an eventful one because it lacks any notable features or changes. 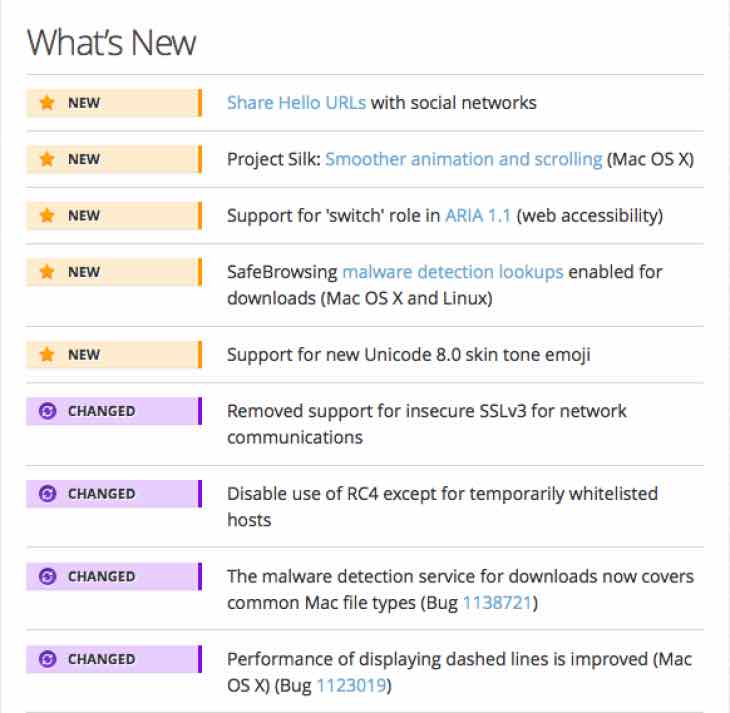 There are four changes, which are the removal of support for insecure SSLv3 for network communications, the use of RC4 except for temporarily whitelisted hosts has been disabled, malware detection service for downloads now includes Mac OS X, and also performance of displaying dashed lines is improved for the Mac OS X.

Several changes have also been made to HTML5, as well as developer, and we can also see on the release notes that 7 issues have been fixed. We have yet to see a full-on review for this new Firefox update, although we suspect videos will begin to appear on YouTube in the coming days.

Have you given Firefox 39 a go yet, if so what’s your verdict?