Now that the dust has settled on the official reveal of Reptile and Ermac, we look ahead to who could be next for Mortal Kombat X character announcements.

Speculation is sky high at the moment on the possibility of seeing Mileena revealed next. Meanwhile, we told you recently that Jax was already spotted inside in-game footage and the same could also be said for Liu Kang.

Only NetherRealm knows the answer though and so far co-creator Ed Boon has not released any blatant teasers about the next reveal – unlike his amusing picture of Bernie Mac.

The question is, who is going to be lined up for the game as playable characters? Remember that Mortal Kombat X is launching on April 14 so there isn’t that long to go in actual fact. 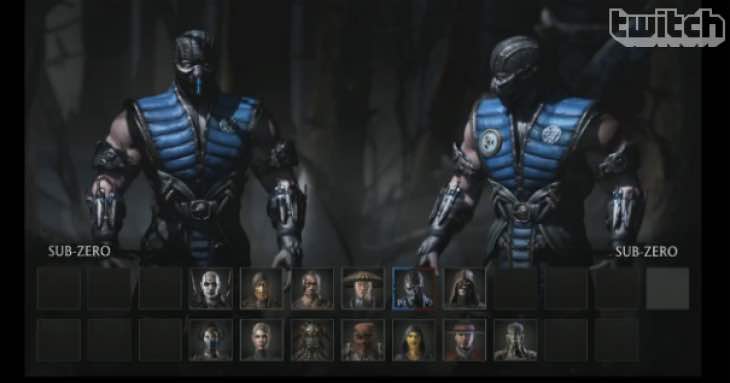 The screenshot above is taken from the most recent Twitch stream and shows 12 slots that are left – including the extra one that was added on the far right side.

That extra slot could be for Goro who is the pre-order DLC character, but who will the other 11 be? Obviously some of the names we mentioned above will definitely be coming, but we counted 13 there so some will miss out for sure.

We also heard rumors about Sektor and Cryax not making the cut either, although we hope that it isn’t true as we love both of them dearly since the days of MK3 and UMK3.

Assuming that there are 11 slots left up for grabs, give us your predictions on who you think will make the final Mortal Kombat X roster list.