We’re not sure if Square-Enix purposefully put secret assets into the demo, or if they just didn’t expect players to think outside the box.

Either way, you can jump on a moving car and move past the barrier in one particular area of Episode Duscae. After that you are free to roam around in a new area and check out some monsters that didn’t make it into the demo. 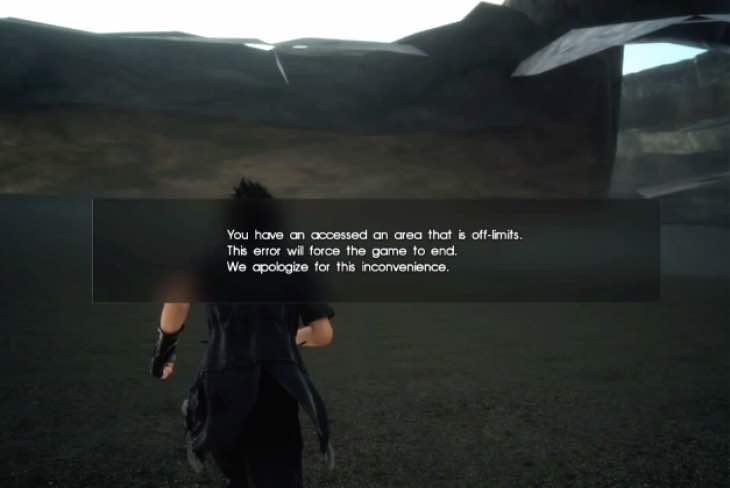 A second video that we’ve added below shows that Square-Enix has even put a fail-safe into the game which prevents players going too far out of the demo – if they somehow manage to escape past the initial barrier.

It’s like a naughty dog escaping from his pen and we find it hilarious. Check out the videos below and try them out for yourself now.

Let us know what weird and wonderful things you find in the demo when using the Final Fantasy XV demo glitch.