There seems to be a great deal of anticipation in the air now, with Final Fantasy XV looking amazing based on the preview footage that we have seen from the demo.

We just have one week to go until that glorious demo arrives, but now we wanted to gage your opinion on expectations of the full game considering that it may not arrive until 2016.

Remember we recently told you that Square-Enix themselves had said that the game was only 60% completed at the moment, meaning that they basically still had a lot of work to do. 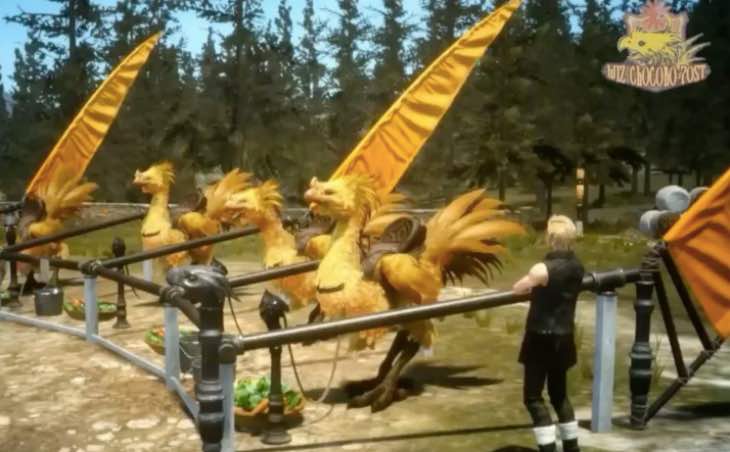 At PAX East 2015, we saw another preview of the demo and more importantly – the first glimpse at Final Fantasy XV Chocobo interaction.

It turns out that players will be able to head to a ranch called Wiz Chocobo post, which will be a place where Chocobo riders can essentially go to chill and unwind.

Of course, it also serves as a place where you can rent Chocobos, but unfortunately it looks like this won’t be available in the demo – which is understandable.

We have to reiterate though, on the fact that we can’t remember how excited we were about a new Final Fantasy game launching before.

Everything just feels right with FFXV so far and we hope that we are not tempting fate by saying that Square-Enix could be about to develop another classic along the same lines as FF7-9.

Do you get the same feeling of being excited, but don’t want to get too excited in case it turns out that the game was overhyped? Let us know your expectations below of the game as a whole and enjoy the footage and images of Chocobos in the game that we’ve included.