If you can’t wait to play Final Fantasy XV, we have some exciting news to bring you now. Over in Japan, Sony has just announced that there is going to be a limited edition, Final Fantasy XV PS4 Slim console which is due out in November with the game.

The console looks amazing and features a very unique design which will surely become a lovely collectors item for anyone who is lucky enough to get one.

At the same time though, we can’t help but be surprised that there hasn’t been a special Final Fantasy XV PS4 Pro console announced by Sony or Square-Enix at the same event. 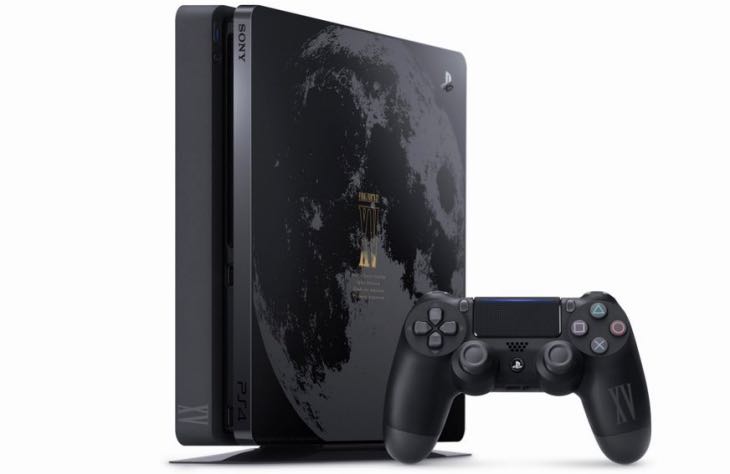 We are hoping that they are just saving this until a further announcement to let PS4 Slim sales increase, as it would seem crazy to think that there wouldn’t be a special version of the PS4 Pro to celebrate this massive game finally becoming available after all of the delays.

We know many of you would rather get a PS4 Pro edition of this console, so is this a simply a tactic by Sony to get gamers to buy into the PS4 Slim console?

If you want to buy this, it releases in Japan on November 29 along with the game.

Let us know your thoughts on the design and if you agree that you would prefer a Pro Edition instead.