The developer said that the demo would be available shortly after the FFXV event aired hours ago. Now we can confirm that it is live on PS4 and should be available on Xbox One too – don’t forget that you can always use a US PSN account to grab it if it’s not.

The demo offers up another early look at the game, featuing a young version of Noctis and recurring summon creature Carbuncle. 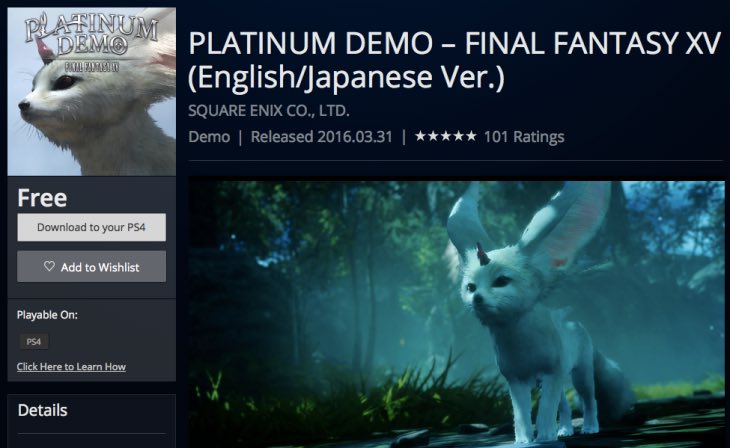 While some of you may balk at the 4.5GB download size for the FFXV demo on PS4 and Xbox One, it’s well worth your effort.

The 30-40 minute adventure will unlock Carbuncle as free DLC for Final Fantasy XV when the main game launches on September 30, so what are you waiting for?

Let us know if the download is live in your region and what your thoughts on it are!