We know many of you are patiently waiting for news on a Final Fantasy XV PC release date. We have some news on this front to bring you though, especially with something we have seen that wasn’t included in the console release of FFXV.

Square-Enix has tested a demo of Final Fantasy XV running on the PC at GDC 2017, which was actually an event showcasing the new NVIDIA GTZ 1080 Ti.

The developer has still not confirmed 100% that the game is coming to PC, but one screenshot shot definitely caught our eye which features Noctis and co squaring off against a massive level 47 Cerberus beast. 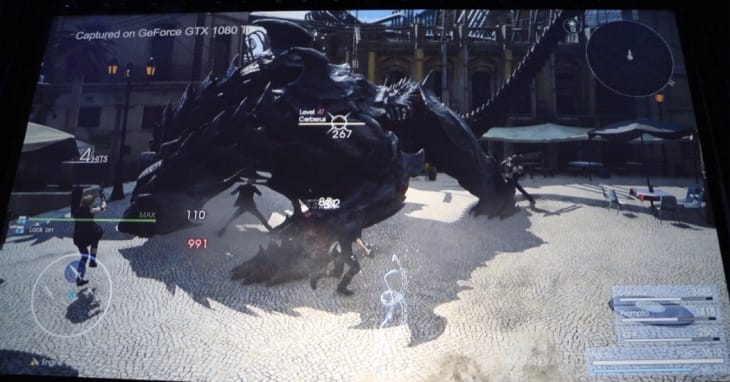 As far as we’re aware, this boss battle is not in FFXV on PS4 and Xbox One unless it is upcoming DLC and we do wonder if Square-Enix has plans to include it in the PC release as some kind of bonus content.

For those wondering, this is the same version of the Cerberus that was featured in Kingsglaive but it looks like Square-Enix originally planned or have plans to include it in the main game as a boss fight taking place in what looks to be Lestallum.

Time will tell, but we wanted to know your thoughts on this as we bet there’s plenty of you who would have loved to have seen Cerberus inside the main game – especially after watching Kingsglaive!

For PC gamers reading this, would you love some kind of exclusive content as a nice incentive to make up for the delay?