We can see that console gamers are having a lot of fun with Final Fantasy XV on PS4 and Xbox One. Now inevitably, the focus has switched over to PC with Square-Enix previously saying that a PC version of Final Fantasy XV is under consideration.

For those that didn’t catch previous Square-Enix quotes though, the wait may be a long one until you actually see Final Fantasy XV available to buy on PC.

Game director Hajime Tabata said several months ago that a PC version of the game would take more than a year to complete because they would build it to specifically be superior to the console version. 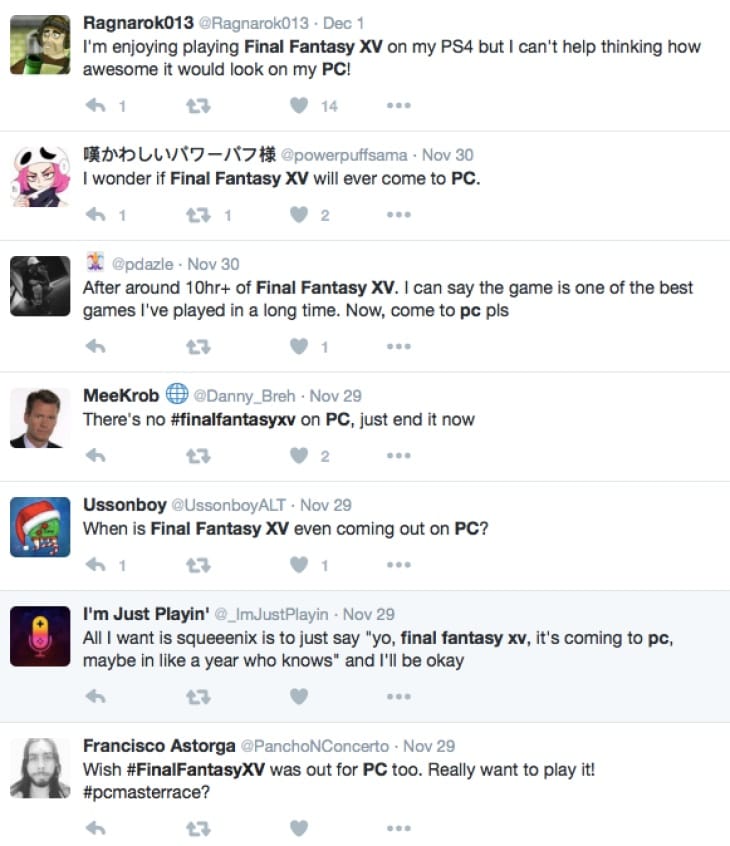 Above is some of the recent feedback we spotted from gamers after seeing the success of the game on console and wishing that they had their version to enjoy.

A year is a long time to wait of course, so are you willing to hold on for as long as possible or will you just bite the bullet and pick up a console version?

In a year’s time, we could be at the point when Final Fantasy 7 Remake is ready for release so let us know how you feel about this.

Are you fed up with the waiting for PC games each time or used to the console favouritism?