For those that are looking forward to some fresh Final Fantasy XV news at TGS 2015, it looks like there is going to be an extra treat in store in relation to chocobo riding.

So far we haven’t seen any solid details on how chocobo riding will play out in the game. We did see the ranch of course in the Episode Duscae demo, but in that build players were unable to take the chocobos out for a ride.

Now it looks like we are going to get the first proper reveal of actual riding at the Tokyo Game Show. We know this as an image has been shared by Square-Enix, showing the voice actor who will be playing the role of main character Noctis. 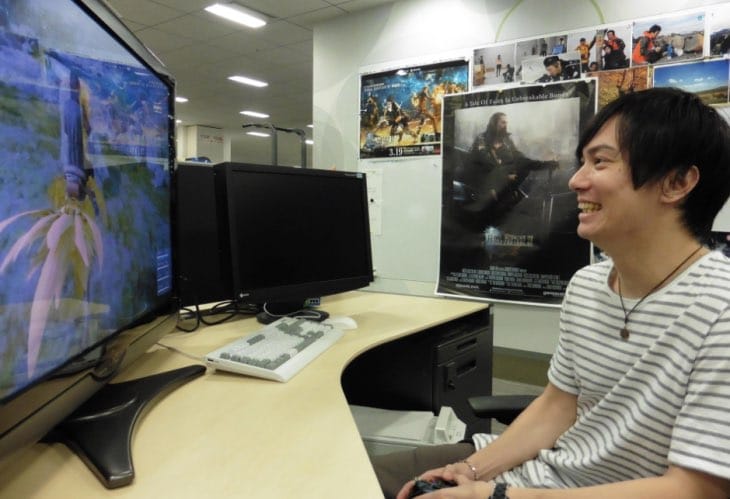 The image shows Noctis riding on a chocobo around the Duscae region and it looks like it has been taken from a developer build running on the PC.

Hopefully at the event we will also get the confirmation of riding chocobos to discover treasure, or using chocobos in other mini-games featured throughout the game – we always use to love those with older titles down the years.

Are you happy about the confirmation the chocobo riding will be coming in a matter of days at the Tokyo Game Show? Give us your thoughts on how Square-Enix should implement these traditional creatures into FFXV.