Update: We can confirm that a new Final Fantasy XV update is available as of July 20, 2017. Skip to the bottom of this article to find out what is new with the Final Fantasy 15 1.13 patch notes for PS4 and Xbox One!

Original article: After an unprecedented 10 years of development time, Final Fantasy XV is finally here. We never thought we would have to wait this long to see the game, but obviously it is extremely exciting for Final Fantasy fans now that the game is available.

We’ve set up this page so we can always give you a heads-up on any new Final Fantasy XV updates on PS4 and Xbox One as they arrive – the next FFXV update will be version 1.13 and should contain even more fixes and improvements after the recent DLC updates which players have been enjoying.

Final Fantasy XV features a massive open-world environment and as a result, there are going to be performance problems, as well as bugs and glitches spotted throughout the adventure. 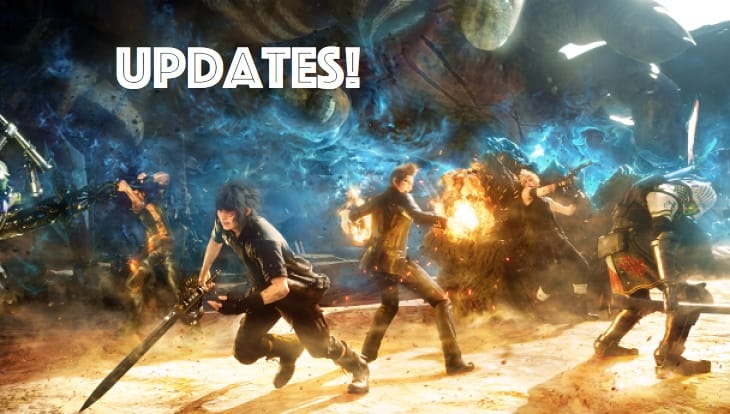 As we bring you new FFXV patch notes on PS4 and Xbox One, we want you to help us in return by letting us know about any new bugs that you spot so that Square-Enix can be notified and work to fix them in future updates.

Keep checking back on this page and come back soon for the first round of official Final Fantasy XV 1.13 patch notes on PS4 and Xbox One.

Some of the issues we’ve spotted include not being able to target enemies effectively in-battle and not being able to pick up treasure in some cases. There’s also a lot of playing having problems with FFXV glitches at Costlemark tower which sends you to the beginning of the dungeon – extremely annoying if you know what we are talking about.

What are the biggest problems you’ve seen in the game so far that you want to see fixed with 1.13 – is the camera system still causing you problems or did a previous update fix them for you completely?

Let us know the biggest priorities with FFXV aside from the Season Pass DLC content for 2017, especially since some recent leaks about an upcoming roadmap with information about things such as a new monster dungeon turned out to be a hoax.

Update: Here are the latest FFXV 1.13 patch notes for the game, let us know what you think about the changes and if you are still actively playing this game and happy with the small updates that Square-Enix are delivering since launch. 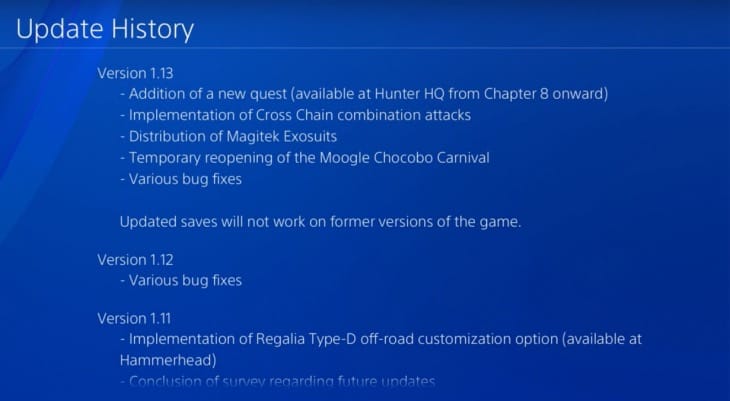