PS3 owners who were looking forward to the March 2011 release date of the upcoming MMORPG game Final Fantasy XIV were left feeling rather disappointed recently, after the developer Square Enix announced that there would be an unfortunate delay with its arrival.

According to Wesley Yin-Poole at eurogamer.net, Square Enix president and CEO Yoichi Wada posted a message on the game’s official website, stating that it is not the developer’s wish to release a simple conversion of the PC version of FFXIV as it is in its current state. 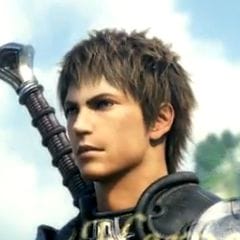 Wada explained that they’d rather release an update that features all the improvements that they have planned for the game. He then went on to say that for that specific reason, they have made the difficult decision to delay the release past the original planned date of March 2011.

Things don’t appear to have been going too well for the Final Fantasy XIV title, ever since it launched on Microsoft Windows back in September. Shortly after it was released, gamers began filling the forum with angry complaints over the quality of the game.

You can read Yoichi Wada’s full statement via lodestone.finalfantasyxiv.com. Are you disappointed with the news about a delay in the PS3 version’s release date?