You may remember a recent patch update that went live for owners of Final Fantasy XIV on the PC, but now we have confirmation of another update which is due to go live at somepoint today.

As reported from Eurogamer, Square-Enix has just confirmed the news on the official site for FFXIV, and you’ll be pleased to know that new monsters have been added into the game, perfect if you can actually find them within the new world.

While new monsters to kill is obviously refreshing, we’re more pleased to hear that Square-Enix has once again improved the User Interface in the game and they’ve also upped the text limit when you’re chatting with friends.

We’ve taken a look at the website, and it looks like this update will be going live at any time after 3pm UK time. If you are on ET in the US, that means that you should look out for the update after 10am, so not long to go at all. 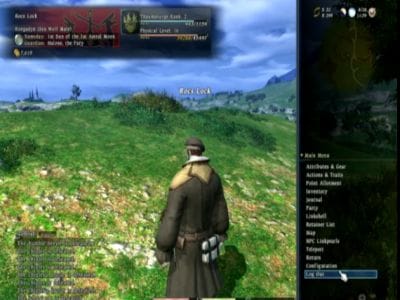 Once the update does land, we’ll be very interested to hear your thoughts on the new monsters, and also the tweaks to the User Interface. On a slightly disappointing note, you can read more information on the PS3 delay to the game here.