Earlier on today we posted an article which seemed to confirm that the Xbox 360 version of Final Fantasy XIII would feature cutscenes at 576p, this was quite disappointing for those of you with HD set-ups, especially as the PS3 cutscenes are at 1080p.

An article posted on MacConsole seems to suggest that the rumors of 576p Xbox 360 version are infact false, apparently Team Blur’s Gavin Stevens contacted MaxConsole to say that the Xbox 360 version infact has a native resolution of 720p.

To be honest I do not know what to believe at the moment, perhaps the Xbox 360 version will be at 720p with 576p cutscenes, however we need to hear officially from Sqaure Enix until we will know for sure.

For full details which explain why Team Blur believe that the 576p rumors are untrue check out MaxConsole. 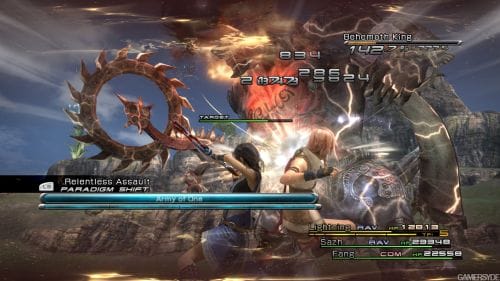