This should definitely put a smile on your face if you’re still unhappy about the treatment of Final Fantasy Versus XIII. Square-Enix announced the news in conjunction with the Tokyo Games Show that Final Fantasy XIII-2 will be released first in Japan on December 15th.

Those of you in the US will be able to get the game on PS3 and Xbox 360 on January 31st, while Europe gets shunted once again with a release date planned for February 3rd, don’t ask us why but you should be used to it these days if you live in Europe anyway.

The news comes straight after the surprise announcement of the HD remake of Final Fantasy X for both the PlayStation 3 and PlayStation Vita. Also coming is a special black and pink 320Gb PS3 console bundle which features fancy artwork of main character Lightning. It will will be available in Japan to start with on the same December 15th launch date and will set you back ¥37,960 if you want to try and import one.

Below is a picture of the new PS3 bundle on the way, it is officially titled the FINAL FANTASY XIII-2 Lightning Edition Ver. 2, as you may remember Square-Enix launching another Limited Edition PS3 bundle for Final Fantasy XIII a few years back. 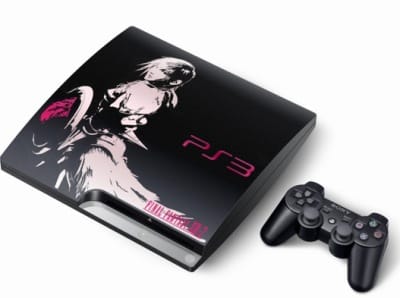 Despite the fact that gamers now have a solid Final Fantasy XIII-2 release date to look forward to, we can’t help but feeling like the slightest new information on Final Fantasy Versus XIII would have been more exciting. Do you feel the same way, or is XIII-2 a game that you are really looking forward to playing?