We have some good news for those of you who are planning to get the sequel to Final Fantasy XIII. It has just been confirmed that the follow up, Final Fantasy XIII-2 will receive DLC content post-release, and the pick of the stuff is a playable character which you’ll recognise by the name Omega.

We first hinted about DLC for the game here, but going with the current trend in the industry at the moment, it has also been confirmed that these DLC packs will be retailer specific bonuses, with Amazon getting the Omega DLC that we mentioned above.

If you are not familiar with the name Omega, it is a monster that has appeared in many Final Fantasy games in the history of the franchise, with my own experience with the beast coming in Final Fantasy XIII in the form of Omega Weapon. It was considered the toughest beast in the whole game and Omega continued to prove a challenge in future Final Fantasy games, like X for example. 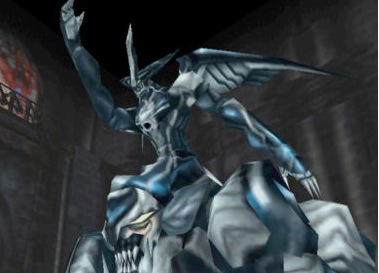 If you want to see the monster in action in Final Fantasy XIII-2, you will have to purchase the DLC from Amazon, and then once again do battle with the beast. However, in a surprising twist, defeating Omega will allow you to obtain its crystal, to which you can use him in battle from there onwards. No idea of price yet, but it is expected to be available sometime in December or January in Japan, as reported from VG247.

Other DLC for the game is coming too, but these will be less glamorous and will include things like extra costumes for Noel and Serah. The game is due out on December 15th in Japan, but it won’t be hitting the US or Europe until next year.

Have you encountered Omega before on your Final Fantasy travels? If so, share your experience with the beast below and let us know if you are planning to buy the Omega DLC pack for the game.